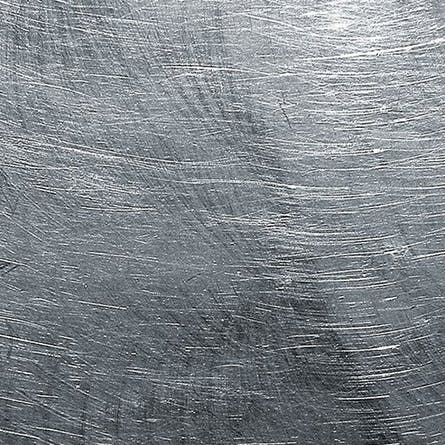 How to Prevent Ridges, Tool Gouges, and Scratches When Machining

While minor tool marks may be unavoidable, significant surface defects like ridges, tool gouges, and scratches can be prevented. Let’s take a look at how these surface defects are formed and what steps can be taken to prevent them from occurring on machined parts.

Obtaining immaculate surface finishes on machined parts is not a walk in the park. After machining, parts can meet required tolerances and dimensions but poor surface finishes are enough for customers to reject them. This is especially the case if the part is an end-use part or if it will be used in an assembly – like in a machine or a mold. While minor tool marks may be unavoidable and will always be evident on machined parts, significant surface defects like ridges, tool gouges, and scratches can be prevented. This article will discuss how these three surface defects are formed and what steps can be taken to prevent them from occurring on machined parts.

Surface defects are typically caused by some combination of three things: excessive chatter and vibration, significant cutting forces on the workpiece, or irregularities in the tool itself (i.e. cutting parameters or damaged tools). Too much chatter and vibration make a distinctly loud sound and can cause tools or workpieces to violently resonate. This leads to not just rough surface finishes, but also shorter tool life and shorter machine life.

Likewise, excessively high cutting forces on the workpiece can also cause ridges, tool gouges, and scratches. This is because, if forces are too high, tools can begin to deflect and workpieces can deform. Any factors that affect the rigidity of either the workpiece or tool have a significant impact on surface quality. If tools or workpieces move even the slightest amount during machining, surface quality on the part is sure to be degraded.

Irregularities with the tool can also cause poor surface finishes. For example, improper tool holding causes tools to cut at an angle. Using feeds and speeds faster or slower than the recommended rate for a specific material can cause tool marks and scratches to become more evident and also shortens tool life. Damaged tools can cause ridges and gouges since surfaces are not being uniformly cut.

The presence of surface defects, more than likely, is due to a lack of rigidity in the tool and/or workpiece. To ensure rigidity, machinists should first check that tool holders are secured tightly into the machine and that tools are secured into the tool holders. Additionally, machinists should ensure that workpieces are securely clamped. The contact area between the tool and the workpiece surface is critical in obtaining a surface finish free of defects. The slightest hint of unwanted movement can cause chatter and vibration – leading to deviated tool paths and poor surface finishes. By ensuring tool and workpiece rigidity, chatter and vibration are minimized.

Excessive tool overhang, similar to an inadequate tool or workpiece clamping, can lead to chatter and tool deflection during machining. Too much deflection leads to chatter, poor surface finishes, and even reduced tool life. Machinists should determine allowable overhang based on the length-to-diameter ratio of the cutter. Another step machinists can take to minimize overhang is to use carbide tools. Carbide tools are about three times more rigid than HSS (high-speed steel) and therefore tend to reduce chatter and improve surface finishes.

Exceptionally high cutting forces can also lead to ridges, tool gouges, and scratches due to an increased likelihood of chatter occurring. As the tool removes material from a workpiece, forces are being applied to the workpiece. That same force is being applied back to the tool from the workpiece. Consequently, this leads to a “runaway” effect as chatter begins to develop. To prevent surface defects from occurring due to high cutting forces, consider the following:

Insufficient chip breakage and evacuation can adversely affect surface finishes on machined parts. This is because if chips are not removed properly, they develop built-up edges (BUE) that can abrase the workpiece and even damage cutters. To control chip removal, consider using a chip breaker. Chip breakers can either be built directly into the cutting face of a tool or be clamped onto a tool. They work by bending chips to extremes to evacuate them from the machining area. Additionally, chip breakers cause chips to be shorter, less string-like, easier to break off, and can even help reduce cutting forces.

5. Use a Different Tool

If all else fails and surface quality is still unacceptable after applying the four points above, consider using a similar tool but with different material and sharper geometry. As mentioned, carbide tools are much more rigid, wear-resistant, and stronger than HSS tools – but are more brittle and more expensive. Nevertheless, converting programs to use carbide tools rather than HSS tools, in combination with any of the four points above, may prevent ridges, tool gouges, and scratches from occurring again.

Scrapping parts due to poor surface finishes is an outcome no manufacturer ever wants. Regardless of whether a part meets dimensional specifications or not, parts with poor surface finishes are seldom accepted by customers. The presence of ridges, tool gouges, and scratches on parts can be a headache, but if the five points described above are applied, beautiful surface finishes on as-machined parts are possible.