Metal stamping is a manufacturing process where flat sheet metal passes through a tool and die surface and is “stamped” into a part via a punch, blank, emboss, etc. Precision metal stampings are a vital part of modern industry and are particularly necessary for automotive applications—stamped metal parts can be found in nearly every area of an automobile.

Advantages of Metal Stamping for the Automotive Industry

With the aid of CNC and CAD programs, custom metal stamping is both highly accurate and repeatable to user-defined dimensions. Little part variation occurs in metal stamping, and any changes can be easily made by altering the tooling, computational parameters, and/or other programmable features of automotive metal stamping.

Metal stamping processes (specifically ones built for large-scale applications like progressive die stamping) allow for long, high-volume production runs with little need for maintenance due to its sequence of stamping stations. Not only do the dies last longer than other die-based manufacturing methods, but the progressive buildup of features leads to an overall faster, more continuous production process.

Metal stamping presses (especially for high volume automotive metal stamping presses) are highly economical—a single roll of sheet metal can be quickly converted into working parts with little to no manual labor. In highly automated processes such as progressive die stamping or fourslide stamping, a single system can produce thousands to tens of thousands of parts in a work day, only requiring feed material, electrical power, and periodic maintenance to function effectively. While the initial investment costs are high, the return on investment for high-volume products will quickly outpace its initial cost.

The level of automation and precision in a metal stamping press also lends the process to increased material efficiency–only the material cut by the dies is lost and can be 100% converted back into stock for successive runs. Most production runs have collection reservoirs for both finished parts and scrap so that the scrap can be easily recycled into working stock again, allowing for circular, low/no waste material usage.

Automation and control systems also allow for unmatched precision. In more advanced processes like fourslide metal stamping, this precision applies to very small and complex shapes that would otherwise be impossible to produce in such volumes with other subtractive methods. 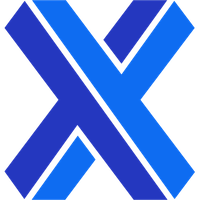 Xometry’s custom metal stamping service is offered in a wide range of metal materials, including aluminum, copper & brass, stainless steel, carbon steel, and nickel alloys. Due to the versatility of automotive metal stamping, many other specialty and nonstandard metals can also be used, as long as the manufacturer understands its working characteristics and considerations.

Xometry offers aluminum metal stamping for automotive parts. Aluminum is commonly used in applications that require high resistance to corrosion, rust, wear, and a high strength-to-weight ratio, such as:

The advantages of aluminum include:

Xometry offers copper and brass metal stamping for automotive parts. Copper and brass are commonly used in multipurpose and internal applications such as:

The advantages of copper & brass include:

Xometry can provide stainless steel metal stamping for automotive parts. Stainless steel is commonly used in structural and corrosion/chemical-resistant applications such as:

The advantages of stainless steel include:

The advantages of carbon steel include:

Xometry offers nickel alloy metal stamping for automotive parts. Nickel alloys are unique in that they are implemented in decorative, electrical, and structural components of automotive applications, such as:

The advantages of nickel include:

Deep-drawn stamping is the manufacturing process of forming sheet metal by using punches and dies to create a closed bottom cup-like shape out of sheet metal. In operation, the stamping press drags the sheet metal through the die radius and down into the die, forming a hollow vessel that conforms to the die’s shape. Deep-drawn stamping is capable of producing either very shallow cavities or deep-drawn cavities, where multiple draws and redraw operations must be used to achieve deeper parts. Deep-drawn parts are regularly called for when manufacturing electronic housings, pressure vessels, tanks, kitchen sinks, electronic components, fire extinguishers, and much more. The advantages of this metal stamping method include fast operation and part turnover, high repeatability and accuracy, lower tooling and operation costs, and exceptionally strong and airtight products. Deep-drawn stamping is also sometimes referred to as traditional metal stamping or more simply, sheet metal stamping.

In progressive die stamping, one continuous roll of sheet metal is pulled through a press with multiple stations, where each successive stamping brings the parts closer to the final design without separating it from the stock piece. This type of stamping is best utilized in a high-volume production line, where complex projects require many stamping procedures and both material and time must be conserved. Progressive die stamping is used throughout nearly every industry as it forms some fundamental tools such as fasteners, hinges, washers, gusset plates, etc., and is also a mainstay in automotive applications due to its increased precision and efficiency.

In fourslide stamping, sheet metal is fed into four sliding stamps (or just slides) where each slide will punch, bend, emboss, coin, etc. features in quick succession. Unlike other metal stamping procedures where the press is vertical to the die, fourslide metal stamping positions its four slides orthogonally to the workpiece, where a single drive source powers four sets of shafts, bevel gears, and cams to cause sequential strikes on the workpiece. Fourslide stamping can also be found as multi-slide stamping, however, note that fourslide stamping refers specifically to machines with four slides (in other words, there are some machines with more or less than four slides but are still denoted as multi-slide stamping machines).  This arrangement not only saves on space but is also perfect for small, intricate components such as metal coils or wires that require multiple features. It is an exceptionally fast process that produces quality metal stampings with little to no post-processing and combined with its flexibility and design versatility, it makes for a highly cost-effective method.

Choose from millions of possible combinations of materials, finishes, tolerances, markings, and certifications for your order.

Get started with our easy-to-use platform and let our experts take care of managing the project from locating the right manufacturing partner to delivery logistics.