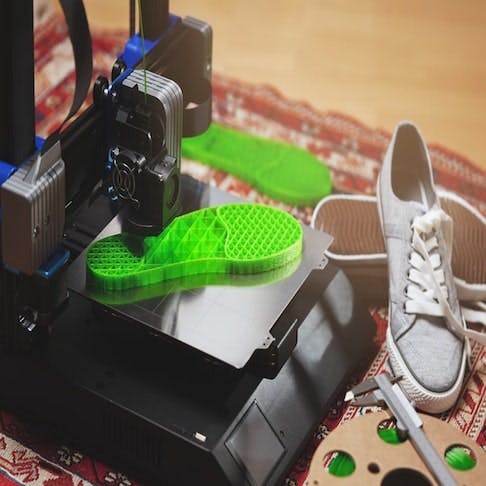 Learn all about the process of generating rapid 3D prototypes for products and parts.

In a time when many products are created to meet customers’ insatiable needs, product developers are looking for ways to improve their manufacturing processes, specifically on the cost or speed of production. This opens up the need for rapid prototyping technologies. Rapid prototyping is the use of a  machine (usually a 3D printer) in the actual design and fabrication of production parts. It is a group of techniques that are controlled by computers.

There are different techniques used in rapid prototyping, including additive and subtractive manufacturing and casting. In the 3D printing process, a variety of methods are available, including but not limited to Stereolithography (SLA), Fused Deposition Modeling (FDM), Selective Laser Sintering (SLS), Powder Bed Fusion, and Selective Laser Melting (SLM). This article will discuss what rapid prototyping in 3D printing is, the different types and methods, and how it compares with conventional tooling.

What Is Rapid Prototyping in 3D Printing?

Rapid prototyping in 3D printing is the utilization of 3D printing technology in the design and fabrication of a physical model. This process is quite fast, convenient for time-to-market deliveries, and is an additive manufacturing process. The physical part produced is called a high-fidelity prototype. This means that when examined, the prototype and the finished product have little to no difference. While many other technologies such as casting and CNC machining are known to be relevant for rapid prototyping of designs, 3D printing is preferred by most industries for proof of concept. At this point, it should be noted that a prototype is not an end in itself but a means to an end. The iterations of prototypes culminate in the final production of a fully engineered part. Figure 1 below is an example of a rapid prototyping process using 3D printing: 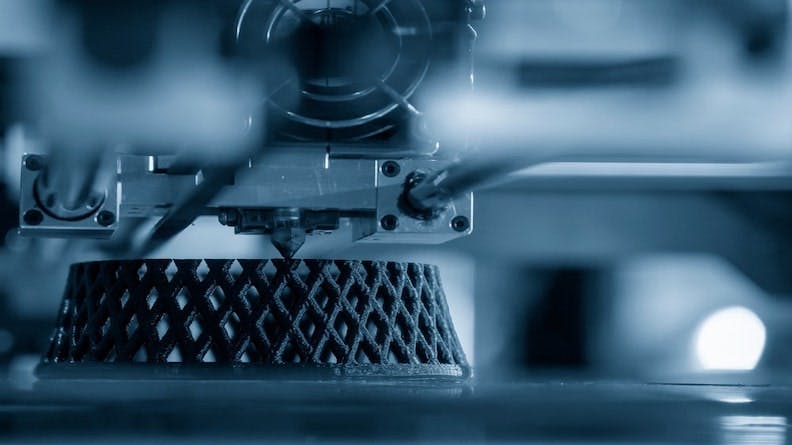 What Are the Different Types of Rapid Prototyping?

The different types of rapid prototyping are listed in Table 1 below:

What Are the Pros and Cons of Rapid Prototyping?

The pros and cons of rapid prototyping relate mostly to the speed and cost of creating a part. One main advantage is that an individual can gain a feel for how the final design will look and operate. This allows improvements and changes to be implemented quite early before final production takes place. The drawback with rapid prototyping is that, sometimes, product developers tend to lavish a lot of attention on a limited prototype. This prevents them from doing a complete analysis of the product to check for its strengths and weaknesses so that the quality of the product may not be compromised. Another benefit of the process is its cost-efficiency. It is an automated process that requires few people to operate.

What is Rapid Prototyping Used for?

Rapid prototyping is used in making physical and digital models. It is a very fast and efficient process that helps in the production of prototypes. Rapid prototyping aids in the assessment of a part for faults or issues that need to be resolved before the final iteration takes place.

What is the Rapid Prototyping Method?

How Does Rapid Prototyping Work?

Supportive structures may be needed in the prototyping model to avoid distortion or warping. Prototypes may require post-processing such as sanding, cleaning, and painting, to achieve a good surface finish.

How to Use Rapid Prototyping?

Rapid prototyping is used to reduce cost and lead time when producing a new product. Prototypes first exist as a concept before a physical validation of the model (called proof of concept) is produced. This enables a team to know where to go in the next step of the iteration process. To maximize a rapid prototyping process, some things have to be considered, including:

Why Do Engineers Use Rapid Prototyping?

Engineers use rapid prototyping in quickly developing prototype models directly from CAD files. Rather than simply relying on the conceptual framework, engineers can revise their designs based on the feedback from real-world testing. They can see how the final or actual product looks and operates before moving on to mass production.

Is Rapid Prototyping the Same as 3D Printing?

No, rapid prototyping is different compared to 3D printing. Although the words are used interchangeably, technically speaking, they are different. Rapid prototyping is the general term used in quickly developing a prototype with computer-aided software. 3D printing, on the other hand, is the process of constructing 3D models from a CAD model, regardless if they are prototypes or not. This means that 3D printing is merely one of the many processes and methods used for rapid prototyping.

How Does Rapid Prototyping Differ From Conventional Machining?