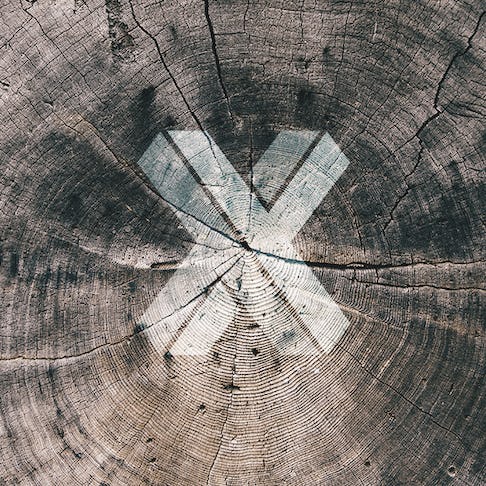 The best, most disruptive ideas in tech — the ones that grow money on trees — are stupid-simple. That’s their genius. Here, then, is our cheat sheet on how manufacturers can take advantage of this disruptive tech and win more market share in the process.

“Money doesn’t grow on trees,” is an adage parents across the U.S.A. have used to quiet teenagers for generations. Money, as we’ve all been told ad nauseum, comes from hard work. If you’re lucky, it might also come in the form of an inheritance or a lottery win or as a result of sound investments. Trees, however, never enter the equation.

So it goes with truisms and rules. Exceptions may be few, but they almost always exist. While you may feel more comfortable doing business with an established company than a new upstart with something to prove, that feeling of comfort won’t pay your vendors or bring in new market share.

In an age of remarkable technology, it’s becoming increasingly common for rash newcomers to make big and impressive gains quickly. It’s also becoming increasingly common for those who partner up with them to benefit, and for those who hesitate to lose. “Slow and steady wins the race,” may have gotten the tortoise to the finish line ahead of the hare, but consistency — as important as it is — still needs speed in today’s marketplace. If, as Alan Kay says, “The best way to predict the future … is to invent it,” we must create new paths to innovation and revenue to survive.

It’s time to embrace the exception rather than the rule. Regardless of whether you’re moving CNC machining procurement and Injection molding online or designing solar energy-collecting roof shingles, it’s time to plant some trees that grow money.

Examples of companies leveraging disruptive technology to seemingly pull money out of thin air are abound. Hotel Tonight, Uber, PayPal, Amazon, SpaceX, Airbnb, Facebook — these former startups and others like them have transformed everything from our nation’s economic landscape to how we communicate, pay bills, shop, store data, sleep and travel. They figured out how to plant trees that grow money.

Of course, hindsight, especially in the realm of disruptive tech, is always 20/20. How is a manufacturer or CNC machine shop to tell which of the newest technological trends will help them strike gold? How do you know which trees will grow money before the first crop of greenbacks appears?

The best ideas — the ones that grow money on trees — are stupid-simple. That’s their genius.

The secret seems not to be in the tech itself so much as in how it’s leveraged. For example, the World Wide Web, while new, was already a commonly adopted and well-used tool when PayPal came online, but it took forward-thinking investors and inventors to see the potential in how the web could transform banking.

Technology, then, is just the gate through which visionaries step, and as these examples show, it’s not the tech that makes a money tree. It’s the idea in how to use it.

Start With the Problems

Let’s level with one another. You and I probably aren’t going to come up with a groundbreaking, earthshaking new idea. It happens so rarely, that only a fool would aim for it. If flashes of radical insight come to so few, how is growing money on trees — even as a metaphor — supposed to work?

Like this: There are great ideas at work in manufacturing right now. MTConnect is a perfect example and is relatively well-known. Beyond it, however, there are also disruptors bubbling just below the surface of our industry’s consciousness. These disruptors are driven by entrepreneurs who are thinking new thoughts and leveraging powerful new technologies, and the best among them are tackling age-old manufacturing problems. They’re coming up with the ideas. We just have to use the tools they’re building to solve our problems.

What are the difficulties that keep your manufacturing operation hamstrung? Is it finding reliable CNC machining for bridge production? Is it supply chain risk? Do you have nagging quality issues? Is your time-to-market too slow? Are your margins too thin to invest in building a qualified workforce?

By starting with your problems, you can better identify the startups, individuals and companies able to offer solutions. Taking any other technological path will be a waste of your time and resources. Start with what you wish worked better — even if the wish is just, “I wish RFQs didn’t take so long.” Any other approach will produce little bang for your buck and will wind up creating more problems than you currently have.

The "Oh My God, I Coulda Thought of That" Test

Once you have a list of manufacturing business-related problems you’d like to solve, the next step is to find a unique solution. I’ll give a few examples:

These are just a smattering of the problems a manufacturing executive or purchasing manager might face on any given day. Finding technological tools that can address these problems is tantamount to finding manufacturing’s Holy Grail. There are hundreds of new tools and services out there that claim they can meet your needs. How are you to know which ones can actually do the job?

The Example We Know Best

At Xometry, we like to think our founder’s stupid-simple idea about matching excess machining capacity to manufacturers in need of parts is genius. After all, it passes each of our employees’, “Oh my God I coulda thought of that” test, and so far, everyone we’ve shared our business model with is likewise astounded they didn’t think of it first.

In addition to passing the simplicity test, Xometry also leverages and builds powerful technology to address manufacturers’ problems, and we’re tackling more of those problems all the time. From compressing the manufacturing timeline through our Instant Quoting Engine to providing access to a massive network of production capacity with wide-ranging capabilities from all over the country, here are some of the ways we are working to make your life easier.

We provide access to the country’s largest connected manufacturing partner network. We currently have over 5,000+ vetted shops in all 50 states. Those 2,300+ shops represent a wide range of capabilities that include everything from CNC milling machines, Wire EDMs and laser cutters to SLA and DMLS 3D printing and injection molding. Some specialize in high-precision rapid prototyping. Some specialize in mass quantities of full production runs. Some are adept at small batch and low- to medium-volume runs. In terms of capacity, we have over13 million available machine hours accounted for, collected and ready to be put to work. So, if you’re having supply chain trouble, are looking to reshore your manufacturing or need access to backup supply, we can help. All you have to do to gain access is create an account.

We also work hard to save manufacturers time, and one of the main ways we manage that is by foregoing the whole quoting process. Instead, we use big data and machine learning to offer fast and cost-competitive pricing. Because there’s no RFQ (or supplier vetting— we’ve already taken care of all that, too), when you order parts with us, you can move immediately into production, shaving weeks or even months of the traditional production timeline. So if getting to market faster or speeding up your new product development processes is something you’d like to do, we’d make a good partner.

This list of offerings is just the tip of the iceberg. We also provide free and secure online part storage for all our customers and make sure your part designs are DFM-ready so you can save time and money, while getting the quality you expect.

In everything we do, our aims are to make it possible for manufacturers to grow money on trees. It’s the promise of technology, and we’re making sure that promise is kept. It’s a very exciting time to plant trees.