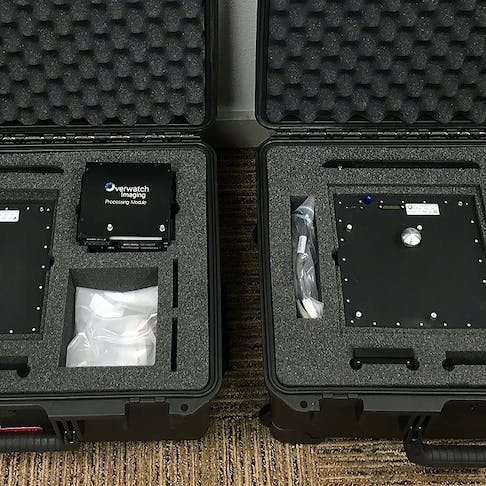 Case Study: Why Two Entrepreneurs Quit Their Jobs and Launched Their Own Drone Imaging Company

When Nick Anderson embarked on his career in unmanned aerial vehicles (the technical term for what’s commonly referred to as drones), the consumer market for this type of technology didn’t yet exist. While enthusiasts today can purchase handheld drones for less than a thousand dollars, when Anderson graduated college — in 2008, with a degree in aerospace engineering– the market mainly consisted of high-end products that were only available to the military and large-scale industries. “When I graduated, the only way to work on UAVs was to join one of the handful of companies that produced them,” he said in an interview.

And so Anderson took a job at Insitu, a drone company that, around the time of his hiring, was acquired by Boeing. He was hired on as a mechanical engineer and was responsible for structural layout, CAD design, and fabricating rapid prototype and composite parts. Two years later he took a job at Cloud Cap Technology, which built drone avionics and stabilized turrets for larger UAVs. By this point the consumer drone market had begun to heat up, and though he enjoyed his work, he started noticing that lower-cost drones were beginning to take on tasks that weren’t well served by the higher-end UAV industry. “I bought a drone off Amazon and began playing around with it,” he recalled. “I saw it as this cool technology and individuals and small companies were making some neat data products out of these low-altitude drones. What struck me was that I had been working on these higher-end drones and they couldn’t produce images as good as the ones taken by a GoPro.”

Anderson and Greg Davis, a colleague who had worked with him at both Insitu and Cloud Cap, noticed that land management personnel, forest firefighters, and especially farmers were using these low-altitude drones rather than their high-altitude counterparts. “With the rate at which the imaging technology was developing, it seemed like there was an opportunity to marry those two together” — high resolution cameras with high-altitude drones — “and come up with some pretty cool ideas that would allow these larger, more expensive platforms to take the same quality of images, but at a much larger scale.”

What did this mean from a practical standpoint? Well, farmers were already using consumer drones to take aerial photos of their crops to assess their health, but, due to these drones’ ability to only fly at low altitudes, they were limited in scope and usefulness. A high-altitude drone, the kind that costs tens of thousands of dollars, can cover a larger geographic area at a faster speed.

Realizing there was a market opportunity, Anderson and Davis quit their jobs at Cloud Cap last year so they could launch Overwatch Imaging, a hardware and software company that builds high-quality imaging technology for drones. 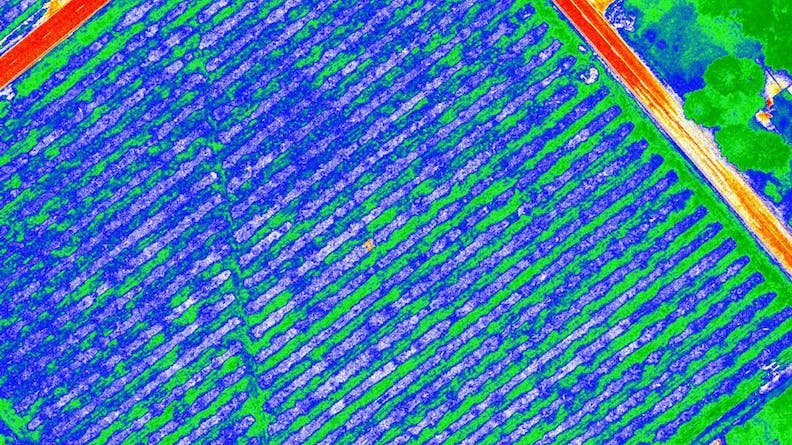 One of Overwatch Imaging's products, Cropwatch, uses two daytime cameras that are modified to be sensitive to the particular frequencies to tell if a crop is healthy or not.

Overwatch’s first product, launched late last summer, is called Firewatch and is designed for use by forest fire fighting teams. “We took a thermal camera and a daytime camera and coupled them together with a big computer on board to analyze the images that those cameras are taking in real time,” he explained. “It’s designed for forest fire mapping, to create a real time heat map of what is going on that shows up in Google Earth and other data programs.”

Currently there are only a handful of planes used nationwide for forest fire monitoring. “They fly over the Western U.S. and map these big fires at night” Anderson said. “Obviously they can’t go everywhere, so if your fire isn’t big enough or you don’t put in your request soon enough you may not get data for two or three days.” With the Firewatch system, a forest service employee could get the same quality data, and then they wouldn’t have to wait for one of those planes to become available.

Anderson and Davis developed the initial concepts for Firewatch in March. “We came up with three different prototypes and then around May we ordered all of the aluminum parts and expensive cameras,” said Anderson. For the prototyping, Overwatch relied on two in-house 3D printers and Xometry. “The printers we have at the office are great for when we want to get an immediate look at something,” he said. “But it is not the level of quality or refinement that we could get from a part printed by Xometry. So we had some parts that were built in-house, but the vast majority of the prototyping stuff was built through Xometry along with all production parts.”

Once the product was ready for market, it was then a matter of leveraging their personal network and attending trade shows to sell it. “There was the reaction of, ‘Yeah, we were waiting for something like this,’” said Anderson. “But also because you have these thermal cameras and the amount of electrical and software work that had to go into it, it’s quite expensive, so it’s not something a company decides to acquire overnight. So there was some serious work to get that first initial order in.”

But the customer response was strong enough that Anderson felt confident there was sufficient demand. So Overwatch set about developing its next product: Cropwatch. “That one we kicked off in August and we delivered in October,” he said. “For Cropwatch, we were able to use a lot of the same design and intellectual property we had come up with for Firewatch. The main distinction is that the Firewatch includes a thermal camera to detect heat, whereas Cropwatch uses two daytime cameras that are modified to be sensitive to the particular frequencies to tell if a crop is healthy or not.” 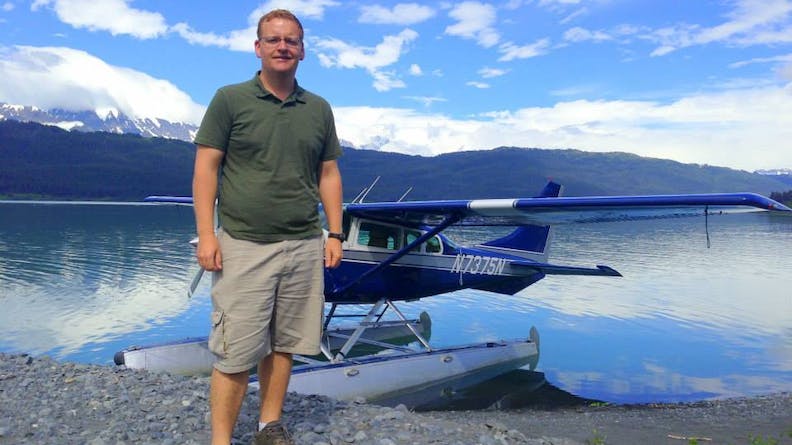 Because Overwatch doesn’t build the drones itself, just the imaging technology that can be added with the drone, it teams up with drone companies that sell their services to these large agriculture companies and park services. “We are selling to the large agri-businesses of the world,” said Anderson, “those large companies that operate lots and lots of farms. The smaller, traditional farmers can use the consumer drones because they only need to map a thousand acres at most. For our product, we are talking about the ability to map all of North Dakota with a single UAV.”

While Overwatch is focused largely on expanding its penetration into the agriculture and land management services market, Anderson said there are plenty of new areas for which the company can customize its technology.

“Part of the company’s value proposition is the customized aspect,” he said. “We are trying to solve challenging problems that other companies have, so that kind of branches us out in a lot of different directions. We’re developing a core architecture that is mechanical and software based that we can then very quickly leverage into the right solution for different sized-aircraft, be it domestic or international. The plan is to grow, so right now we are hiring and expanding.”