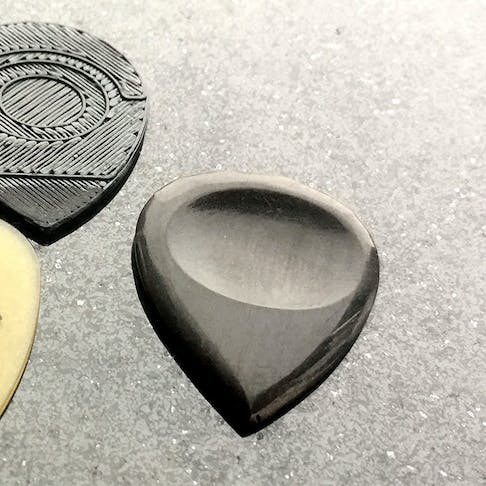 Danielle O'Hallisey combines her experience in engineering and product design with her love of music to design her own 3D Printed guitar picks!

Danielle O'Hallisey never intended to embark on a career in engineering and product design. In fact, music was always her main obsession. “When I was a teenager, I did what a lot of kids do,” she said in an interview. “I started out just strumming chords on a guitar, but I really loved the sound of classical guitar, and I also loved jazz fusion, which wasn’t all that common for people in my age group.”

So O'Hallisey sought out a teacher to help her develop her technique and craft. After high school, she later moved to Vermont and began teaching music at Johnson State College. “I think nobody really got it that I didn’t have a degree,” she said, laughing. “And then when I reached a point where I had about 20 or 30 students, suddenly it became this desirable thing and people with master’s degrees started applying and wanting to take over the program. That’s how I entered and how I exited the world of teaching at a college level.”

Luckily, it was during O'Hallisey’s teaching tenure that she first grew interested in engineering. “Because I wanted to have all the cool audio tools that all the other guitar players had, I basically had to learn how to use a soldering iron and build those things myself,” she recalled. “So all of my initial knowledge about engineering came from that direction to begin with. I learned a great deal on my own; I started doing some coding and building with PIC microcontrollers that were really big in the 90s.”

Eventually, O'Hallisey began picking up freelance automation work in which clients asked her to integrate microprocessors in custom designs. Without obtaining any sort of formal degree, she began to develop skills and expertise as new projects came her way. “I basically learned what I needed to learn to accomplish what’s in front of me when it’s there,” she said. “Consequently, I cover a lot of ground.”

These days, O'Hallisey runs a robust machine and mechanical design consultancy. Clients often approach her to design new products or modify already existing ones, and she sometimes acts as the go-between who helps these clients manufacture prototypes and parts. That’s how she came across Xometry; she was looking for a 3D printing service to 3D print a prototype for a client. “I’ve been pleased with the quality and cost,” she said. “It hits a sweet spot. It’s a fast turnaround and the cost is really good. I have at least five other companies I’ve worked for that are now getting parts through Xometry. People I’ve worked for in the past will contact me and say, ‘Hey, can you recommend someone?’ And I’ve been happy to recommend Xometry to them.” 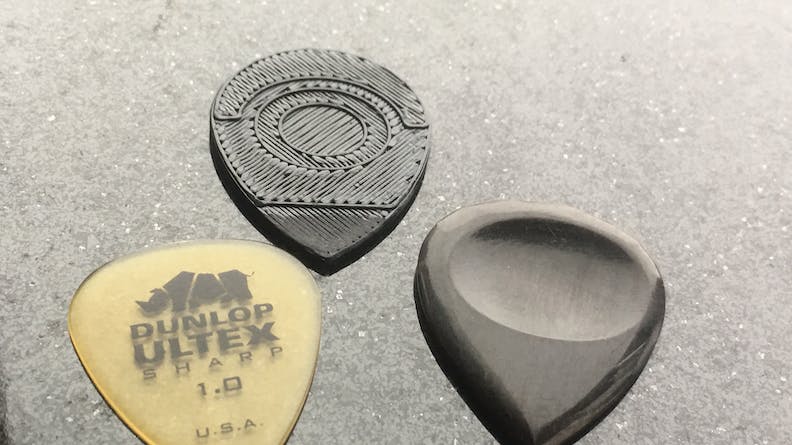 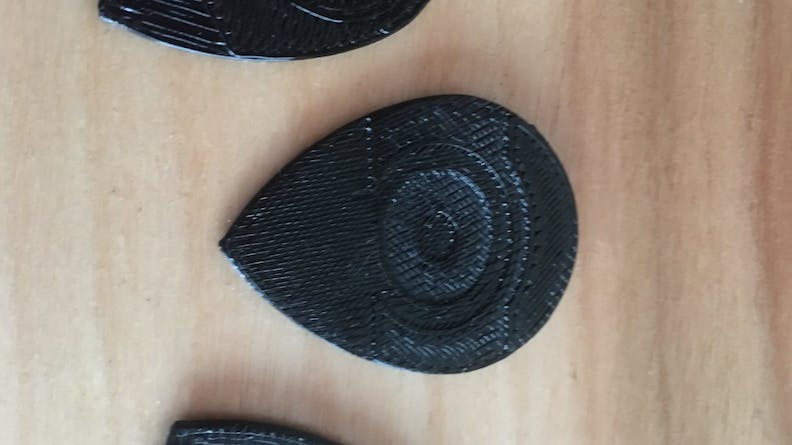 Of course, O'Hallisey never abandoned her love for music and both classical and jazz guitar. “The year our youngest daughter went off to college I went through a brief period of empty nesting and I realized that it was tough to not have the kids around anymore, but on the other hand it was possible to do what I want with my own time to a degree that wasn’t possible before,” she said. “I decided that if I was going to do anything in music, I was going to do something exceptional, or at least have exceptional experiences with it.” So she sought out great guitarists she admired, both on Skype and in person, and began setting up meetings to study and learn from them. Most notably, she had the privilege of studying with the “godfather of fusion,” Larry Coryell, whose recent death has left a massive void in the world of jazz.

Eventually, O'Hallisey started achieving wider recognition for her work; she received a grant from the Vermont Arts Council and joined an ensemble that includes professional classical musicians from the Vermont Symphony Orchestra. She even recorded and released an album of her own compositions based on writing by Stephen King (with the author’s blessing to use his words to title and set the pieces).

But as she continued to play, she grew frustrated with her guitar picks. “I’m almost 60 years old now, and I started having this problem with my grip,” she said. “I realized I didn’t have as sensitive a sense of touch in my right hand, so when I was picking, I was gripping the pick really hard. I would put down the pick and find my hand cramping up.”

And so O'Hallisey decided to design her own picks. Because she had referred several of her clients to Xometry, she had accumulated several hundred dollars in referral credits that she could use to manufacture them. “I designed the picks based on the geometry of picks made out of antler that I got from Africa. Printing them in Ultem gave me that warm, buttery tone that I’ve loved in picks made by several different companies” The picks she design featured a wider head with silicone spongy material that make them easier to grip. “Because it’s silicone, it just sticks to the front of the guitar, so when I’m playing a classical piece, I can grab the pick, play a solo, and put it back and keep going.”

Though her first love is music, O'Hallisey said she also gets fulfillment from her engineering work. “I found it to be challenging and creative and interesting work,” she said. “I often tell people that I regret the fact that quite a while back colleges and universities used to have the college of arts and sciences, and somewhere along the way we’ve gotten the idea that art and science are antagonistic to one another. There is a great deal of engineering when you’re putting together a long piece of music and getting people to rehearse. There’s a lot of nuts and bolts work that’s analogous to engineering. So the two aren’t so different after all.”