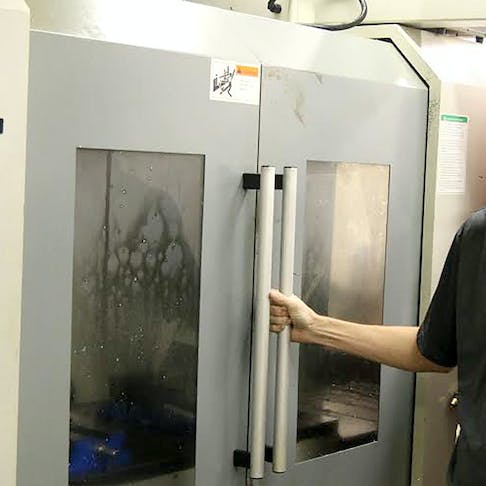 This engineer found the perfect way to compete with overseas manufacturers

There’s been one consistent theme in Andrew McCutchen’s career: quality control. It’s the reason he left his job a decade ago to start his own engineering company, and it’s also why his company later expanded into manufacturing and machining. “I was working for a medical device company out in Arizona,” he recalled in an interview. “I liked the job, but I always wanted the ability to make my own choices around quality and improve the work being done, and then provide that kind of higher-end service to customers.”

Luckily, McCutchen’s wife works in real estate, and in 2006, when the housing market was at its peak, she was making enough money to allow him to quit his job and set out to build his own business. So they moved to Florida and he began running an engineering consultancy out of his house. For the first several years, he focused on helping medical device companies engineer and design new products. “We excelled at designing around manufacturability,” he said. In many cases, McCutchen’s company, Baymar Solutions, would work directly with machine shops to manufacture prototypes for his clients.

It wasn’t long, however, before McCutchen saw an opening to start doing things a little differently. Rather than acting as the engineering go-between for the manufacturers and clients, he figured he could launch a manufacturing arm to his company and control the process from beginning to end. So he soon expanded Baymar’s offerings to include machine work. “With our company, we put in the same level of effort for small orders that the other guys do for the big production runs.”

This strategy worked. Baymar Solutions attracted customers in the medical device and aerospace industries, precisely because these kinds of companies often make small-number production orders. And in doing so, McCutchen discovered a key strategy for outmaneuvering overseas competition in the manufacturing space. “We specialized in the kind of stuff that’s difficult to send overseas,” he said. “On the medical device scene, most customers will only order a couple hundred units a year, and it doesn’t make sense to go overseas for that kind of volume. And with aerospace, there’s this need for a high level of quality control that’s hard to get when your manufacturer is thousands of miles away.” 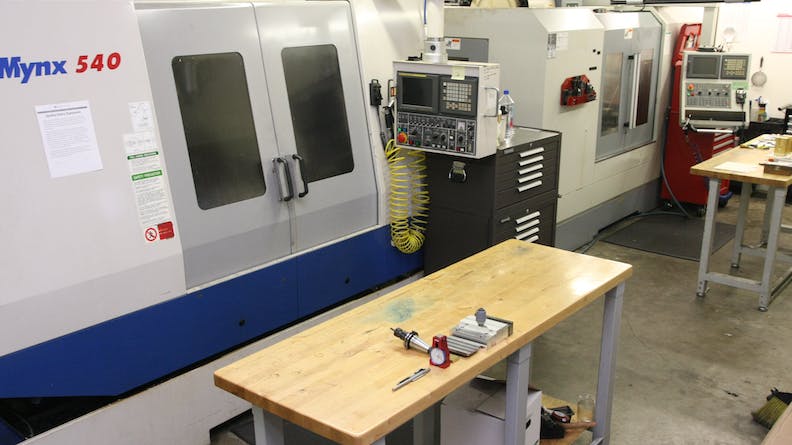 With almost no marketing and relying entirely on word of mouth, Baymar Solutions quickly grew a manufacturing base and now employs 13 people. But even though the business has thrived, it’s still subject to the feast-or-famine cycles in manufacturing; it’ll have a rush of orders followed by sometimes weeks of excess capacity. But recently, McCutchen has been filling his excess capacity by taking on projects through the Xometry network. “It was one of my engineers that saw some emails promoting Xometry,” he recalled. “He said, ‘Hey maybe we should look into becoming a partner with them.’ So he dug into it a little bit to understand Xometry’s model and how they work with partners. Our thought was that we could use jobs we got from Xometry to help fill some of the downtime in the shop.”

Baymar Solutions joined the Xometry partner network in October. One of McCutchen’s favorite things about the platform is he doesn’t have to waste time quoting jobs that never come to fruition. “Quoting the price for a part can take a long time, and you can get to the end and not get the job,” he said. “With Xometry, at least we know if we do decide to take the job, that it’s ours as long as we beat everyone else to it.”

McCutchen has been so encouraged by the additional work Xometry has brought in that he’s considering expanding his company’s manufacturing capacity in order to meet demand. “I haven't quite pulled the trigger yet, but I’ve considered using the Xometry work to justify hiring a second shift or add another machine,” he said. This additional production capacity would then allow him to go out and bid on larger production jobs from potential and current customers. “We could use Xometry to say, ‘OK, we’ll get the machine, we’ll fill it with Xometry work while we try to look for a large production job, and that’ll allow us to keep growing.’”

In the meantime, Baymar Solutions is no longer subject to the whims of the boom-and-bust manufacturing cycle. “Xometry has been great in that we can use it to fill those voids. If other work comes out of the prototyping world, then we can take that on, but if there’s nothing else coming across our desks, then we can easily plug in Xometry and have a new job in minutes.”