The Xometry app works best with JavaScript enabled!
Resources3D Printing DesignComplete Guide to the Pros and Cons of 3D Printing 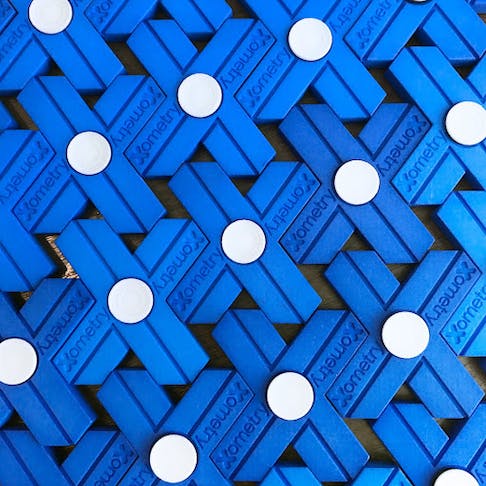 Complete Guide to the Pros and Cons of 3D Printing

Learn more about the pros and cons of 3D printing and how each is taken into consideration.

3D printing is an additive manufacturing technology that is used to incrementally build up a part one layer at a time either in plastic or metal. It offers a wide range of advantages, which has allowed for its rapid adoption across every manufacturing industry. However, despite its many pros, some cons need to be considered when deciding whether or not the technology will be beneficial for a specific application. This article will describe all the key 3D printing pros and cons in detail.

What is 3D Printing?

3D printing is an additive manufacturing technology used to produce parts out of a wide range of plastics and metals. There are many different technologies available, from FDM (Fused Deposition Modeling) which extrudes plastic one layer at a time, to DMLS (Direct Metal Laser Sintering) which uses a laser to fuse metal powder one layer at a time into a final part. For more information, see our guide on 3D printing.

What Are the Pros of 3D Printing?

3D printing requires a very limited setup to begin printing. The setup process and the 3D printing machine are the same regardless of the type of part being printed. All that is required is to convert the 3D model of the part, usually handled with either OEM or third-party software. After the conversion is complete, the file is loaded into the printer through a USB-A connector, wirelessly, or an SD card. The material is then added to the printer, typically either as a liquid photopolymer, a filament, or a powder. Thereafter the print process will continue without any human intervention. When the part is complete some post-processing, like the removal of support structures, may be required. On-demand cloud services simply require a 3D model and will 3D print and ship your item without the need to invest in a 3D printer.

The 3D printing process is reasonably priced when compared to other manufacturing technologies like injection molding. This is especially true at low-to-medium production volumes and high part complexity. This is because 3D printers are priced from $200, with used 3D printers being even cheaper. Materials can also cost as little as $15 per kg – for ABS for example. Although, 3D printing materials are generally more expensive than the comparable baseline raw material cost. This is due to the requirement to prepare the raw material for the specific printing process, i.e. filament spools for FDM and fine powder for SLS. Despite this additional raw material cost, 3D printing makes use of less material due to not being completely dense.

3D printing can be considered eco-friendly due to the use of recyclable materials like metals and thermoplastics. Parts can also be printed exactly where they are needed instead of being shipped from a centralized heavy-manufacturing plant. This eliminates the significant energy costs associated with transport. The additive nature of 3D printing also results in less wastage.

The low cost and print-on-demand features of 3D printing make it ideally suited to developing prototypes. A 3D printed part can be produced in less than a day. This allows for rapid iteration of new concepts without the up-front tooling cost typical of other common technologies like injection molding.

3D printing has gained widespread adoption over the past decade. This can be traced back to some key patents held by Stratasys expiring in 2009. The open-source nature of 3D printing since then has allowed for the development of low-cost consumer 3D printing machines. The increased user base allowed for the creation of a large body of easy-to-access online knowledge on best practices, fault finding, and general optimization techniques for 3D printing. This has allowed for unprecedented accessibility that is very rare in other technology spaces.

3D printing has fewer design constraints when compared to other technologies. For example, complex internal voids are not possible with CNC machining and injection molding without having to resort to multi-component assemblies. This adds cost and complexity. With 3D printing, complex parts can be printed just as easily as simple ones. While 3D printing still has a range of DFM (Design for Manufacturing) guidelines, these are, however, not as restrictive as other manufacturing technologies.

3D printing produces very little waste. This waste is typically in the form of support structures that are removed after printing, in the case of SLS-printed parts. These support structures are optimized to be as lightweight as possible. Subtractive manufacturing techniques require the removal of large volumes of material which produces significant waste. Additive technologies like 3D printing are designed to selectively add material only where needed. This then offsets the minimal waste produced by support structures.

3D printing only adds material exactly where needed. For example, internal volumes can be made to have mesh structures that are dense where stress concentrations are high and less dense in areas where they are low. Techniques like topological optimization and generative design also produce parts whose geometry is optimized for a specific load case and remove material wherever it won’t have a structural benefit. These techniques often produce parts with highly complex, organic-style geometries which makes them impossible to manufacture with other technologies.

Understanding how to design for 3D printing requires familiarity with its DFM requirements. It is less stringent than other fabrication technologies. This makes it easier for engineers to design parts, as they don’t need to consider the wide range of limitations present in other manufacturing technologies. In terms of manufacturing, 3D printing is often quicker, especially for complex parts. Complex parts may need multiple setups on a CNC machine and may also need to be manufactured on multiple machines, whereas 3D printing can complete the entire part in one setup.

What Are the Cons of 3D Printing?

The cons of 3D printing are:

Most 3D printed parts require some form of post-processing. Typically post-processing may include support removal, UV-light curing, sintering in a furnace, polishing, and even machining for high-tolerance features like bearing housings.

Due to the ease and low cost with which 3D printed objects can be manufactured, it becomes easy to duplicate designs without the original creator's consent. There are millions of freely available designs on the internet that can be easily downloaded and copied without crediting or compensating the original owner of the intellectual property or them ever being aware of it. 3D scanning has also become more accessible, which means that real-world objects can be scanned and then duplicated.

3D printing has always been a low-to-medium-volume production process. This is mainly due to the layer-by-layer method in which 3D printed objects are manufactured. This problem is further amplified if high-quality parts are desired which require thinner layers to be placed at a time. Some printing technologies, like HP multijet, can utilize the entire volume to print multiple parts. But even so, the cycle time is significantly slower than other more mature manufacturing technologies.

3D printing is continually adding new materials. However, these are still limited when compared to more mature manufacturing technologies. While it is possible to print parts in many popular plastics and metals, it is not possible to make use of the thousands of alloys and compounds that have been developed. This is simply because these alloys and compounds have not been converted into a form that is compatible with 3D printing.

Some 3D printing technologies like FDM and SLS produce parts whose properties are anisotropic. This means that the parts’ performance varies depending on the direction of load applied. Typically, the parts will be weakest on the Z-axis, which is defined as the axis that points up from the 3D printer print bed.

3D printers have a wide range of build sizes. However, the printers commonly used for production, have build volumes smaller than large-scale manufacturing technologies like: laser cutting, horizontal mills, and metal casting. As such, 3D printing is generally used for  small-scale manufacture of complex components. It must be noted that there are exceptions to this rule, as some specialized 3D printers have very large build volumes.

3D printing is a highly automated technology. The only interaction from a human is: part setup, removal, and post-processing, which can all be typically handled by one person. In fact, one person can easily operate multiple machines. A 3D printer can also produce a part that would typically require multiple machines and, by extension, multiple machine operators. This means that some jobs can be made redundant in cases where 3D printing is applicable. However, this is not a situation unique to 3D printing and is taking place all across the manufacturing sector.

3D printed objects are not known for their accuracy and dimensional stability. Parts may warp during printing. Even the most accurate 3D printers cannot match the accuracy achievable with top-tier CNC machines. CNC machines can repeatedly produce parts with an accuracy of 0.025 mm compared to 0.4 mm with DMLS 3D printing machines.

What Should I Know Before Purchasing a 3D Printer?

When purchasing a 3D printer it is important to understand the intended application. For example, if the goal is to produce visual prototypes, then an FDM printer may be better suited. However, if the need is to produce aerospace-grade parts for high-stress applications then technologies like DMLS would be better.

What Applications Does 3D Printing Have Today?

3D printing applications are varied. It has infiltrated every major industry and has applications in the automotive, aerospace, medical, biotech, and even the food industry. In some cases, 3D printing is used to produce hip joints and in other cases adopts an auxiliary role to add value to existing manufacturing technologies like jigs for CNC machining.

What Applications Will 3D Printing Have in the Future?

3D printing technology will continue to mature. Many of the cons present today may be gone in the next decade. 3D printing is on track to becoming a more mainstream manufacturing technology with a wide range of applications. One of the more exciting advances is the production of patient-specific organs for rejection-free transplants. Another is the production of parts with fluid channels, multiple materials, and various other auxiliary components printed into the part in one go. An example would be the leg of the next generation of the Boston Dynamics Atlas robot.

Yes, 3D printing is advantageous and has found uses in many applications. In cases where it cannot be used to directly manufacture a part, 3D printing finds uses in improving the efficiency of machine and assembly operators.

This article presented the pros and cons of 3D printing, explained what they are, and discussed how each plays a part in 3D printing in manufacturing. To learn more about 3D printing, contact a Xometry representative.