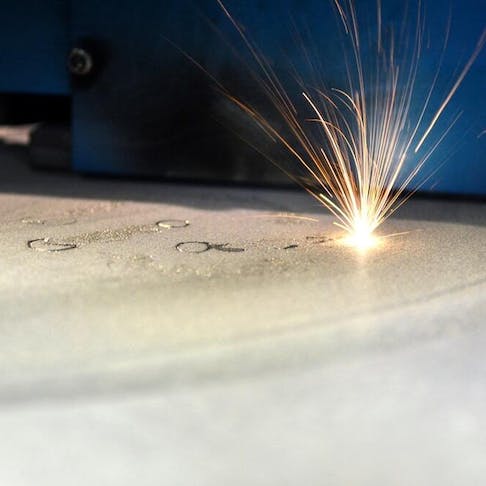 SLS vs. DMLS: Differences and Comparison

SLS and DMLS are both powder bed fusion technologies that create parts from a powder. SLS uses a laser to sinter a plastic powder into a part. DMLS, on the other hand, uses a high-powered laser to sinter metal powder into a high-performance part. SLS is cheaper, whereas DMLS-produced items have significantly better mechanical properties due to the parts being metal. As such, DMLS is ideal for functional parts used in extreme environments, whereas SLS can be used for low-performance functional parts or visual prototypes. Printing speeds are comparable between SLS and DMLS, however, DMLS is significantly more expensive per part.

This article will compare SLS vs. DMLS in terms of their differences, materials, and printing technology.

SLS Definition and Comparison to DMLS

SLS (Selective Laser Sintering) is a plastic powder bed 3D printing technology that makes use of a sintering process. It was first invented by Dr. Carl Deckard and Dr. Joe Beaman in the mid-1980s. SLS works by selectively sintering a plastic powder with a laser beam (typically a CO2 laser). The laser beam traces out the cross-section of a part layer and sinters the plastic particles together. After each layer, the print bed moves down and another layer of powder is applied. Sintering refers to the process of heating the plastic particles to the point where their outside surfaces begin melting. This causes the individual particles to stick together. SLS primarily works with plastic whereas DMLS works with metal. Below is an image of a typical SLS machine: 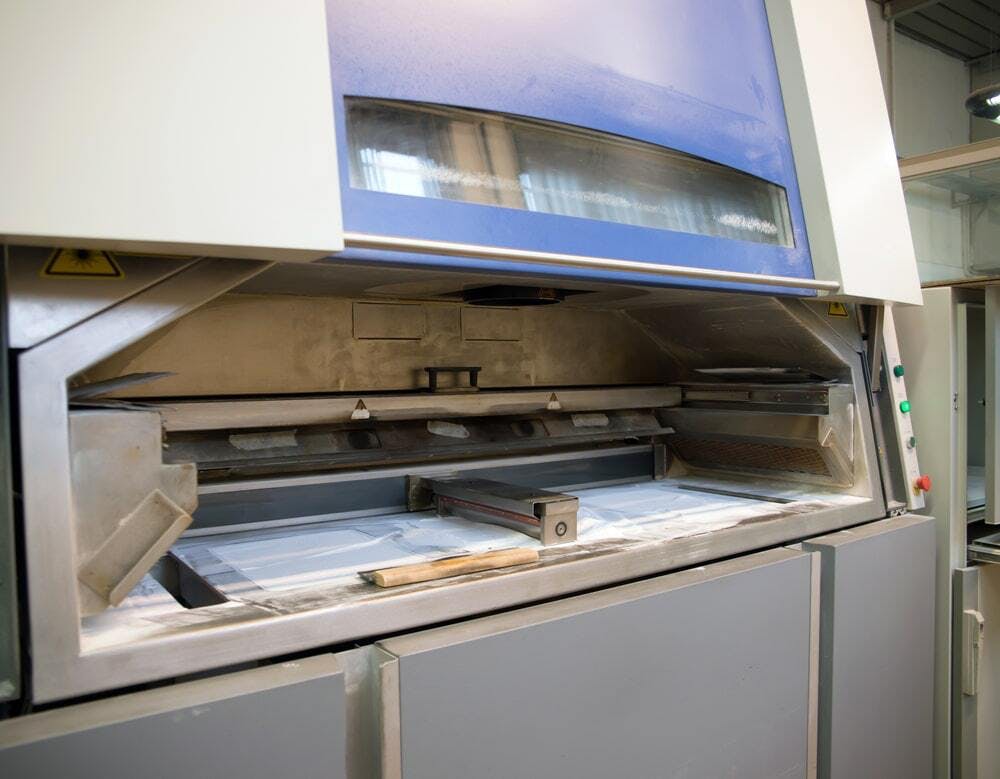 What Are the Advantages of SLS Compared to DMLS?

Listed below are some key advantages of SLS vs.DMLS:

What Are the Disadvantages of SLS Compared to DMLS?

Listed below are some key disadvantages of SLS vs. DMLS:

DMLS Definition and Comparison to SLS

DMLS (Direct Metal Laser Sintering) is a powder bed fusion 3D printing technology that is used to manufacture metal parts. EOS first commercialized the technology in 1995. This process works by selectively sintering a metal or metal alloy powder with a high-powered laser beam (typically a CO2 laser or a fiber laser). The laser beam traces out the cross-section of a part layer and sinters the metal particles together. After each layer, the print bed moves down and another layer of metal powder is applied. The metal powder is preheated to close to its sintering temperature. DMLS also fills the build chamber with an inert gas to prevent oxidation during printing. Below is an image of how DMLS works: 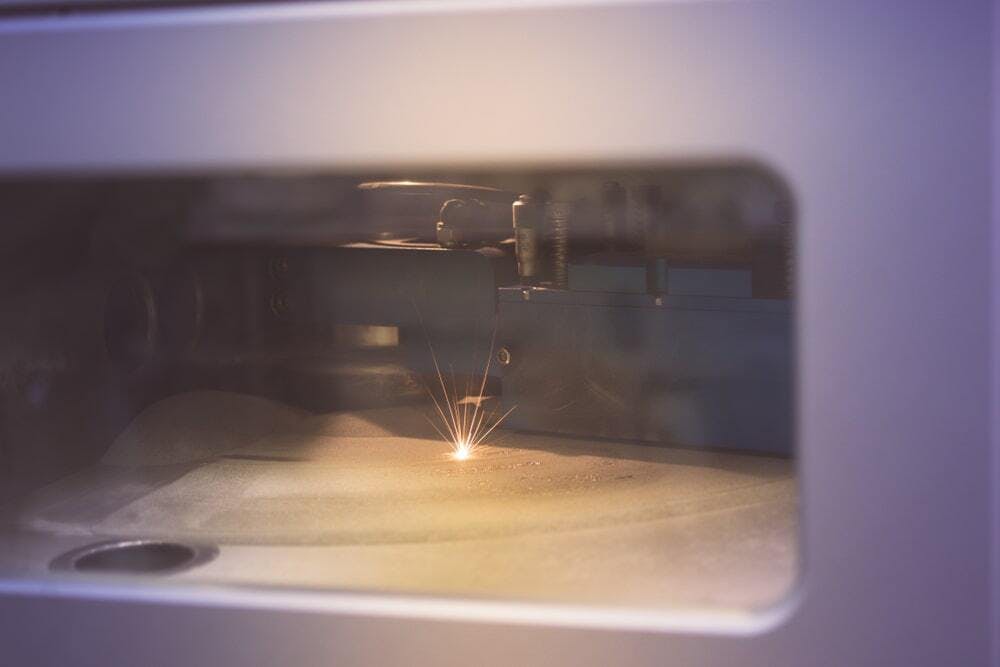 How a DMLS machine works.

What Are the Advantages of DMLS Compared to SLS?

Listed below are some key advantages of DMLS vs. SLS:

What Are the Disadvantages of DMLS compared to SLS?

Listed below are some key disadvantages of DMLS vs. SLS:

Comparison Table Between SLS and DMLS

The table below lists some of the more common properties of SLS vs. DMLS as well as how they compare with each other:

DMLS and SLS have similar resolution and minimum feature size. However, DMLS can print in metal and the powder is more recyclable. SLS parts do not need any support structures, unlike DMLS parts.

Fundamentally SLS and DMLS share the same technology, i.e., powder bed fusion. The difference lies in the power of the laser and the fact that DMLS machines need to have their build volumes filled with an inert gas during printing.

SLS can print in a variety of polyamides including: Nylon 12 and elastomeric materials like TPU (Thermoplastic Polyurethane). DMLS is primarily a metal printing technology that can print in stainless steel, titanium, aluminum, nickel alloys, and some precious metals. DMLS is also able to print in nylon.

SLS is primarily used for products that don’t need to be used in high-load and high-temperature environments. SLS parts are also used for functional and visual prototypes. DMLS, however, is better suited to printing high-performance products and components that are exposed to extreme environments like those found in the aerospace and automotive industries.

Due to the nature of the sintering process, both technologies will produce parts that have a rough/matte surface finish. Both technologies can have their parts post-processed to improve surface quality. Typical processes can include: tumbling, bead blasting, and polishing; whereas only polishing is possible on DMLS metal parts.

SLS is significantly cheaper than DMLS. This is due to the high cost of the metal powder, high energy consumption, as well as the more expensive machines used for DMLS printing.

What are the Mutual Alternatives to SLS and DMLS?

Despite the benefits of SLS and DMLS, there are alternative technologies that can achieve similar results:

What Are the Similarities Between SLS and DMLS?

Listed below are some of the similarities between SLS vs. DMLS:

What Are the Other Comparisons for SLS Besides DMLS?

Other comparison technologies for SLS include:

What Are the Other Comparisons for DMLS Besides SLS?

Other comparison technologies for DMLS include:

This article summarized the differences between SLS and DMLS 3D printing technologies.

To learn more about SLS vs. DMLS and to help select the perfect technology for your products, contact a Xometry representative.