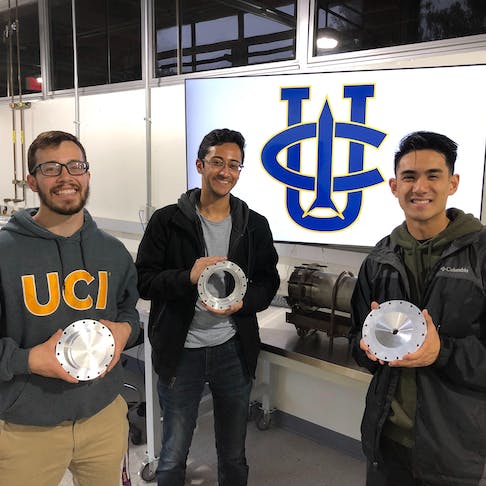 A young team of rocket engineers builds the most critical component of a rocket, the fuel injector, with high precision CNC Machining at Xometry.

A fuel injector is the most critical component of any rocket engine because if it fails, the rocket will not reach space, or worse, could spontaneously combust. A fuel injector, as the name indicates, is the part of an engine that injects fuel into the combustion chamber at a rate that determines the efficiency of the engine. Designing a fuel injector, however, is a double-edged sword because chemical stability is sacrificed if efficiency is optimized.

The UC Irvine Rocket Project is the first endeavor of its kind at the University of California, Irvine. This team of 31 students has taken on the challenge of designing and building a liquid-fueled rocket that will launch into space by 2021, in preparation for the FAR-Mars Launch Contest and the Base 11 Space Challenge. Their first and biggest challenge is to build a fuel injector that will subsequently lead to the development of an engine with the capability of sending a rocket to a height of 100 km above Earth’s sea level.

Over the past few quarters, the team has developed a strong base design for the rocket that meets the requirements of the FAR-Mars competition. They’ll create a liquid bipropellant rocket that uses liquid methane and liquid oxygen as its propellants. This chain of chemical reactions will allow the engine to thrust upwards at a force of 1,300 lbs for a duration of approximately 7.5 seconds. The maximum total impulse allowed is 9,208 lbf-seconds and a total rocket mass under 155 lbs. For the rocket to perform at maximum efficiency within these parameters, “everything is contingent on the fuel injector working,” says Chief Engineer Mitchell Martinez.

When Martinez brought the preliminary fuel injector design to injector specialists at NASA Marshall Space Flight Center, his internship mentors told him the design would likely cause the injector to fail in a matter of microseconds. Undeterred, the UC Irvine team iterated until they reached a final prototype that has a less efficient, but more stable burn. In consultation with local and on-campus professional machinists, they designed their injector features to be manufactured in two steps. The first would use CNC machining with standard tooling and the second would use wire EDM for the injector elements.

Several design considerations were involved in the creation of the UC Irvine team’s injector parts, which Xometry manufactured using its CNC Machining Services.

Cryogenic shock-resistant material: The team’s choice of material was aluminum 6061 because when this metal is exposed to cryogenics like liquid methane and liquid oxygen, it will not experience detrimental effects from cryogenic shock. 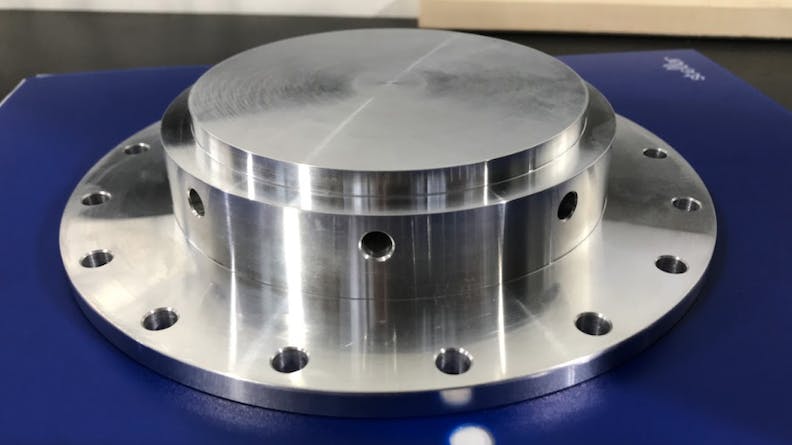 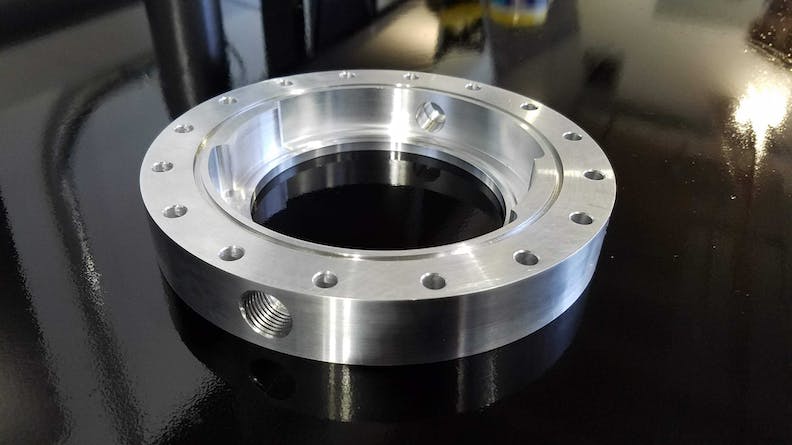 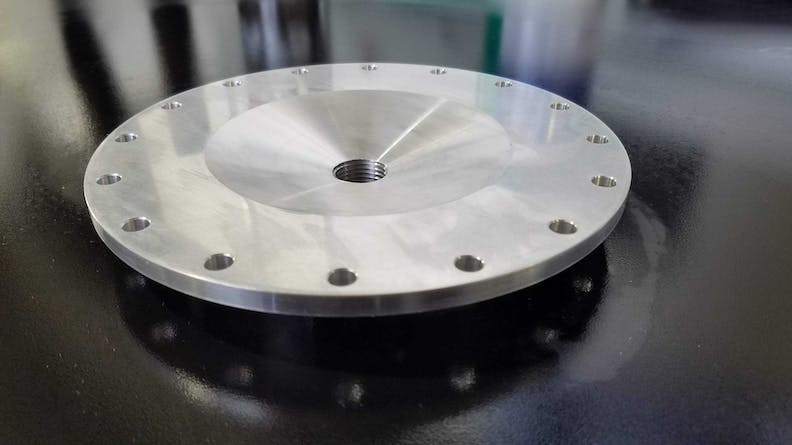 The Final Outcome: High-Quality, Cost-Effective, and Fast Manufacturing with Xometry

The UC Irvine Rocket Project team was excited to receive their parts in pristine shape and exactly to specification.

Since the fuel injector was manufactured exactly to spec, the team is confident the rocket’s engine should perform as they designed it and without any error introduced from the manufacturing process. They can now design the rest of the rocket components confidently, from the structure to the control and recovery system to the plumbing. 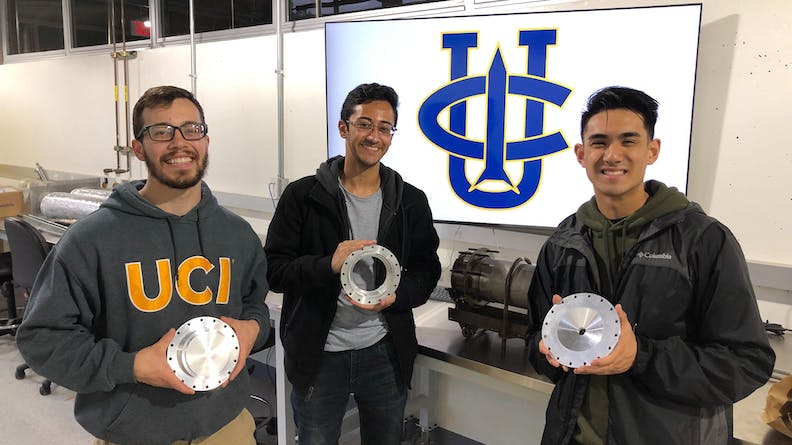 Additionally, since Xometry was able to manufacture the fuel injector components at a low cost, the team has increased budget flexibility. They can now focus on perfecting designs for the remaining parts and on more rigorous testing operations.

Working with Xometry was a quick and easy process overall. The UC Irvine team requested multiple bids and chose Xometry as their supplier because Xometry’s Instant Quoting Engine℠ provided the fastest lead time, best price, and best user experience. Martinez said, “The auto-quote feature is fantastic. Being able to instantly generate a baseline quote was great so we could submit that to the higher-ups, our faculty mentors.”

Xometry is proud to have facilitated the student team’s work on a project of a previously unseen scale and significance. Xometry’s receptive support and engineering teams guided the up-and-coming student engineers, many of which did not have prior experience with ordering custom parts. Tan Nguyen, Operations Lead, told the team’s sales representative,

Thank you so much for your help and patience through the ordering process. All the help you've given us has definitely taught us a lot.

Martinez ultimately describes Xometry as a combination of precise, affordable, and fast:

[In a business], those three don’t normally go together, but that’s why we’re so enamored by the work that Xometry has done for us. You all have completely exceeded our expectations. We’re very happy to have chosen Xometry.