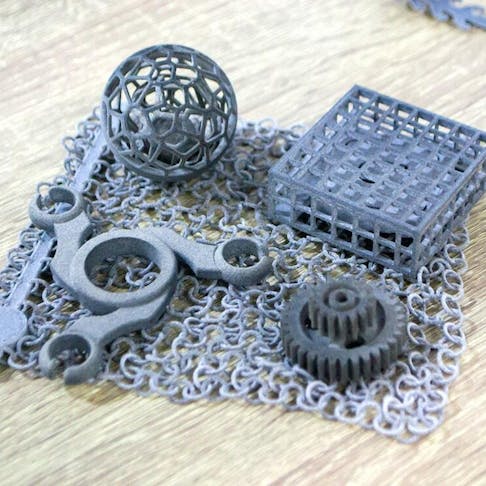 Learn about the material's properties, uses, advantages, limitations, and toxicity.

This article explains what PPA is, how it's made, the characteristics, uses, and the advantages and disadvantages of using it in plastic injection molding.

Polyphthalamide is a high-performance resin and member of the nylon family with exceptional thermal, mechanical, and physical properties. It is hygroscopic, opaque, semicrystalline, and can be used in plastic injection molding. Most PPA grades are filled with glass or minerals to enhance stiffness for high-temperature applications. As a result, PPA is often used in applications in place of metal or higher-priced thermoplastic.

How Is Polyphthalamide (PPA) Made?

Polyphthalamide is made of terephthalic acid or isophthalic acid, or a combination of the two, and at least one aliphatic diamine like hexamethylene diamine. The aromatic acid portion encompasses at least 55 molar percent of the repeat units in the polymer chain, making these resins only partially aromatic. The aromatic portion of the polymer backbone raises the melting point, rigidity, heat stability, and chemical resistance while lowering the moisture absorption. However, the enhanced properties come at a price. Phthalimides are much more expensive than typical aliphatic amides and are more difficult to process due to their high melting point.

What Are the Characteristics of Polyphthalamide (PPA)?

The glass transition temperature of PPA rises as the amount of terephthalic increases. If more than 55% of the acidic part of a PPA is made out of isophthalic, then the copolymer is amorphous. Crystallinity helps with chemical resistance and mechanical properties above the glass transition temperature but below the melting point. Amorphous PPA polymers are suitable for warpage and transparency.

Like aliphatic nylons, PPAs can be, and usually are, modified with reinforcing agents such as glass fibers, tougheners, or stabilizers. Formulations with specific properties have been developed. For example, resins can bond directly to elastomers to give plastic-rubber composites and, with approval, can be applicable for direct contact with drinking water and food.

Adding aliphatic polyamides to PPAs creates a PPA/PA blend and lowers the melting point and glass transition temperature, making the blends easier to process when compared to higher melting/softening PPAs.

While there have been extensive investigations into PA/polyolefin blends, little has been published about the properties of PPA/ polyolefin blends. The lack of research may be due to the relatively high processing temperatures needed for PPA-based resins judged against the temperature stability of polyolefins. PPA/PA/polyolefin blends have a good balance of flexibility, strength, stiffness, impact, and thermal performance, indicating that these materials should have commercial utility.

What Are the Uses of Polyphthalamide (PPA)?

Polyphthalamide has many uses. It is used for electronics and electrical, automotive, cables & wires, and many other applications. PPA is a semicrystalline or aromatic polyamide that is generally produced from the combination of isophthalic and terephthalic acids.

PPA enables the creation of automobile components with better mechanical strength and decreased overall vehicle weight. As a result, the use of PPA helps to lower fuel consumption. In addition, the high transition and high deflection temperature properties of PPA are expected to increase its adoption in making automotive body parts, boosting the global polyphthalamide market growth. Furthermore, strict government rules and regulations designed to reduce automotive fuel emissions have led many service providers to take measures towards raising the fueling economy of vehicles.

PPA is also used for multiple electronic applications, as the high melting point of PPA allows SMD parts molded from PPA to be assembled using a lead-free soldering process. PPAs are also utilized for USB-C connectors, cable & wire protection, and LED mounts. Other uses for PPA-based resins include gas pipes and supply lines for the oil industry.

What Are the Advantages of Polyphthalamide (PPA) in Plastic Injection Molding?

The advantages of PPA in plastic injection molding are as follows:

What Are the Disadvantages of Polyphthalamide (PPA) in Plastic Injection Molding?

The disadvantages of PPA in plastic injection molding are as follows:

PPA does not typically affect human health. Polyamide polymers are theoretically unreactive and not considered particularly harmful. However, people sensitive to materials made from petroleum may react to PPA.

PPA isn't on any list of chemicals of concern. Still, Canada's government has evaluated Nylon 6/6 because it is also used in cosmetics and classified it as a “medium human health priority.” In addition, a study found that some of the chemicals in nylon kitchen utensils migrated into food. However, the utensil must be used for 100 hours before enough material would leach to be considered a problem.

Like most plastics, PPA is toxic if ingested in large quantities. However, PPA is not typically used for food or food-related applications and is considered safe in its typical applications.

What Is the Difference Between Polyphthalamide (PPA) and Nylon?

The difference between PPA and Nylon is that PPA is a type of Nylon. Polyamide, or Nylon, is a primary high-performance engineering thermoplastics class because of its excellent balance of properties. It is formed by condensing identical units and copolymers with different units.

Polyphthalamide (PPA) is a semicrystalline, aromatic polyamide. It is in the polyamide, or nylon, family. Compared to Nylon 6/6, it is stronger, stiffer, less sensitive to moisture, and has higher thermal capabilities. In addition, it has significant resistance to chemical fatigue and mechanical creep.

Is Polyphthalamide (PPA) a Nylon?

Yes, polyphthalamide is a Nylon. It is one type of Nylon. Wallace Hume Carothers discovered Nylon in 1928. He was a chemist hired by DuPont de Nemours to lead an extensive research program on the design of original polymeric materials. In 1935, he developed the formula known as PA 66, also called Nylon 6/6

Polyamides exhibit high temperature and electrical resistance. Thanks to their crystalline structure, they also show excellent chemical resistance and mechanical and barrier properties. In addition, these materials can easily be flame retarded. As a result, polyamides became the first truly synthetic fiber to be commercialized.

This article summarized the characteristics, uses, advantages, limitations, and toxicity of Polyphthalamide (PPA).

Xometry offers injection molding services and 3D printing using a variety of materials. Contact us for a free, no-obligation quote for your product manufacturing needs.