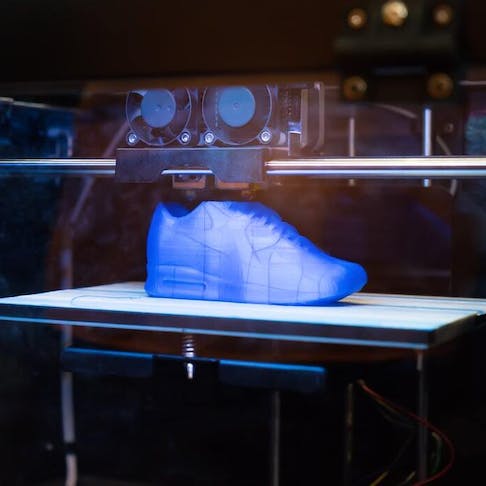 A comparison of these two 3D printing softwares and their different features.

FreeCAD is a completely free and open-source CAD (Computer Aided Design) package that is available to use for commercial purposes. FreeCAD has a powerful 3D modeling workspace that can compete with many commercial CAD packages. However, its learning curve is steep and there is no brand-name company standing behind it to provide technical support. Architectural, CAM, and robotics simulation module add-ins further extend FreeCAD’s functionality. FreeCAD is continuously being improved and further developed, which comes at the cost of some application stability.

Fusion 360® is a cloud-connected engineering tool with an excellent set of features that assist engineers throughout the entire lifecycle of product development. It has a robust collaborative function that allows teams to work on projects without having to be in the same location. Fusion 360 is easier to learn compared to FreeCAD, has a modern user interface, and has a large, active user community. Multiple subscription models are also available at different price points.

This article will explore the differences between FreeCAD and Fusion 360, highlighting their optimal use cases and defining minimum system requirements. The two software packages will be compared based on a range of parameters such as user experience, customer support, application stability, user community expertise, and price.

FreeCAD is an open-source CAD package used for creating parametric 3D models. “Parametric” means that model dimensions can be changed without having to redraw the entire model each time. As the name suggests, FreeCAD is completely free to use. FreeCAD has a CAE (Computer Aided Engineering) component that can be used to simulate how a part reacts to a load. It also has an experimental CFD (Computational Fluid Dynamics) module as well as some limited CAM (Computer Aided Manufacturing) functionality for preparing parts for CNC machining. For more information, see our Guide to 3D Printing and List of 3D Printing Software.

Fusion 360 (developed by Autodesk®) is a powerful cloud-connected engineering tool designed for collaborative product design. Like FreeCAD, Fusion 360 is also a parametric-style 3D modeling package. It has a wide range of features that include standard 3D modeling, and a very capable CAE module that includes features like: FEA (Finite Element Analysis), mold analysis, motion analysis, and generative design. Fusion 360 also has an excellent CAM module that is regularly updated. This software runs more of its processor-intensive functions, such as simulation and rendering, in the cloud. This results in a significantly faster turnaround time to generate an output when making use of these computationally intensive functions.

FreeCAD vs. Fusion 360 — Use Cases and Applications

FreeCAD has many of the modeling features found in premium CAD packages. It is primarily used for mechanical engineering and product design tasks and is used extensively for designing mechanical components and assemblies. FreeCAD can assist engineers with all of the tasks required throughout a product's complete lifecycle, from initial modeling, through simulation using an FEA (Finite Element Analysis) solver, to manufacturing simulation and control using its powerful CAM package.

FreeCAD also has a powerful architectural modeling toolkit that makes it relatively easy to create architectural plans and can be used to create photorealistic renderings for marketing purposes.

FreeCAD and Fusion 360 have a smaller footprint when compared to more feature-rich CAD packages like Solidworks® and Autodesk Inventor®. However, FreeCAD can be run on almost any hardware, provided the GPU supports OpenGL (a programming interface used in rendering 2D and 3D vector graphics). Fusion 360 cannot be run on lower-end systems. Table 1 indicates the recommended system requirements for Fusion 360 and FreeCAD:

What is the Operating System of FreeCAD and Fusion 360?

What Are the Minimum Memory Requirements for FreeCAD and Fusion 360?

Fusion 360 requires a minimum of 4 GB of RAM. However, having at least 8 GB available for larger and more complex models will result in a far smoother user experience. FreeCAD has an extremely small footprint and can easily run on 4 GB of RAM. However, as models become larger and more complex, upgrading to 8 GB would result in a better experience.

What File Formats do FreeCAD and Fusion 360 Support?

FreeCAD is open-source software. As such, it works with most open CAD formats but does not support a number of proprietary formats. Fusion 360, on the other hand, can import a wide range of proprietary file formats. For more information, see our guide on 3D Printing Files.

Fusion 360 has a modern and easy-to-understand user interface. However, this interface changes from one software version to the next, since it is still under active development. Such changes in the user interface can be confusing at times, as some buttons might be in different locations after an update. FreeCAD, on the other hand, has a dated user interface that is not as polished and streamlined as that of Fusion 360. However, FreeCAD's user interface still gets the job done.

Learning Curves for FreeCAD and Fusion 360

The learning curve for FreeCAD is much steeper than that for Fusion 360. Fusion 360 has built-in tutorials that make learning the software much easier. FreeCAD is not as intuitive, and some tools are difficult to locate.

Is FreeCAD Easier to Learn And Use Than Fusion 360?

No, FreeCAD is not easier to learn and use than Fusion 360. Fusion 360 provides a polished and intuitive user experience with built-in tutorials, as well as thousands of freely available online tutorials. FreeCAD, on the other hand, is not as popular and has a smaller online presence, making it more difficult to find quality tutorials. FreeCAD does, however, have an extensive Wiki community.

Both FreeCAD and Fusion 360 are still in active development. This results in numerous bugs being present in the software. Fusion 360 is a cloud-connected software, so crashes very rarely result in lost data.

FreeCAD is also under development, and can also be unstable. However, unlike Fusion 360, FreeCAD is not cloud-connected and offers no technical support if a major failure occurs.

FreeCAD is not a commercial product and therefore does not have any formal customer support. However, FreeCAD has an active forum where users can ask questions and get answers from other, more experienced users. Fusion 360 is a commercial product and does have formal customer support, in addition to a very active forum where users and Autodesk® employees answer questions.

Both FreeCAD and Fusion 360 have active user communities in the form of official forums and social media pages. However, Fusion 360 has a much larger online presence, with thousands of video tutorials.

FreeCAD is completely free to use and even to modify. Its source code is available under an LGPL-2.0 License which means it is free even for commercial use.

The Fusion 360 price structure is based on a subscription model. It can be purchased on a monthly, yearly, or 3-year price package. A monthly plan costs $70, an annual plan costs $545, and a 3-year plan costs $1,555. However, the pricing can get even more complicated, as Fusion 360 makes use of a token system to access some of its more advanced CAE and CAM features. For example, some types of FEA simulations will require more tokens to run and therefore cost more money. Fusion 360 does have free versions, but these have relatively limited capabilities when compared to the paid versions.

Alternatives to FreeCAD and Fusion 360

In terms of purely free software, there are not many fully featured options to replace FreeCAD. However, the closest would be SketchUp, which is a cloud-based CAD platform. SketchUp has a basic free version, but a paid subscription is required to be able to use its  more advanced features.

A direct competitor for Fusion 360 is OnShape. However, OnShape runs completely on the cloud through a web browser. OnShape is significantly more costly than Fusion 360 and does not have flexible monthly subscription packages.

When comparing FreeCAD vs. Fusion 360 it is important to understand that while FreeCAD is an impressive open-source project, it cannot compete with Fusion 360 in terms of features, useability, and support.

This article presented FreeCAD and Fusion 360, explained what they are, and discussed the different features and uses of each software. To learn more about 3D printing software, contact a Xometry representative.