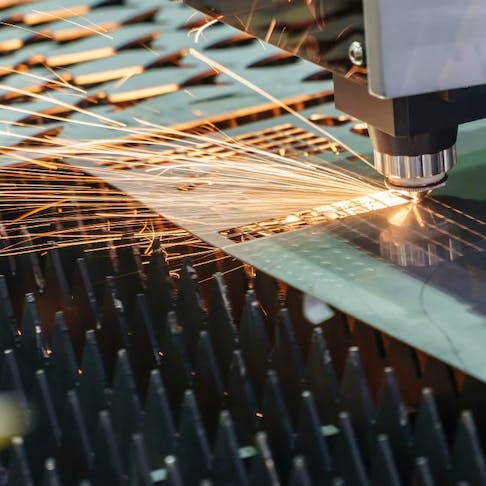 What is Fiber Laser Marking?

Our guide to understanding the fiber laser marking process.

Lasers have made a lasting mark on modern manufacturing- literally.

Technological advances in solid-state laser technology allow manufacturers to set permanent marks into parts with extreme precision. Processes such as laser cutting, laser engraving, color marking, and others are possible thanks to the advent of the fiber laser and the fiber laser marking machine. These processes are popular in both amateur workshops and dedicated manufacturing facilities, and marking is only possible thanks to laser marking systems--but what are fiber laser systems, and how do they work? This article will explore what a fiber laser marking machine is, how it functions, its advantages and disadvantages as a manufacturing process, and finally its industrial applications in modern industry.

What is Fiber Laser Marking? 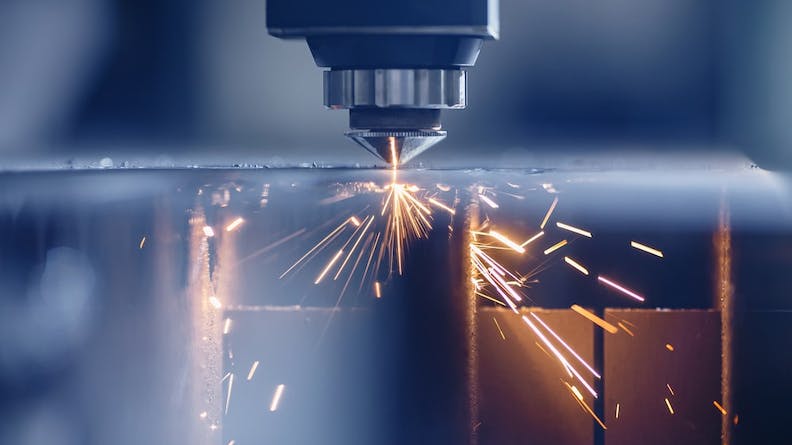 A laser marking machine in operation. 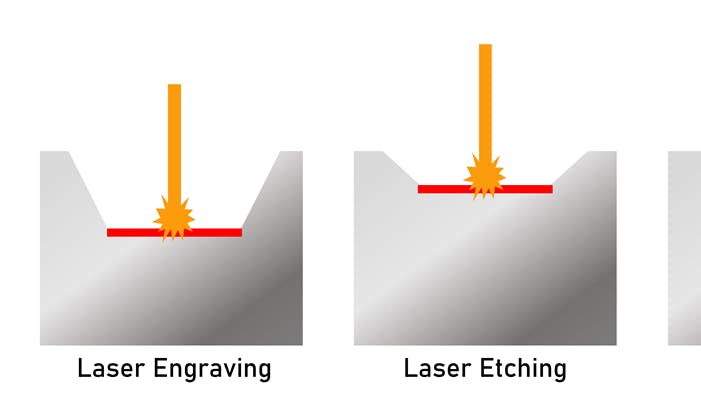 Figure 1: Visual representation of the differences between laser engraving, etching, and marking.

In general, laser engraving is the most subtractive manufacturing process, followed by laser etching, and then laser marking. Fiber laser engravers produce deep-set grooves that maintain their fidelity through extreme conditions and can be fine-tuned to the user’s desired depth. Laser etchings are shallow marks and include so-called laser ablations in which a top coating is lasered off, exposing the underlying material.

Laser marking is a category of its own, as it removes no material but changes its surface properties. The four most common reasons for marking a material are for:

Most laser marking systems have the capacity to perform engraving, etching, and marking, so this article will not differentiate when speaking about specific models/specifications. However, understand that each term is not synonymous.

Regardless of the type of laser marking system, the chosen laser machine will employ uv lasers, CO2 lasers, and/or fiber lasers. This article will focus on the fiber laser, as it is a good balance between power, speed, and affordability, but know that other types are available.

To explain the basic operating procedure of a fiber laser marking machine, the next section will detail how fiber lasers work and how they can produce extremely high-quality marks.

How Does Fiber Laser Marking Work? 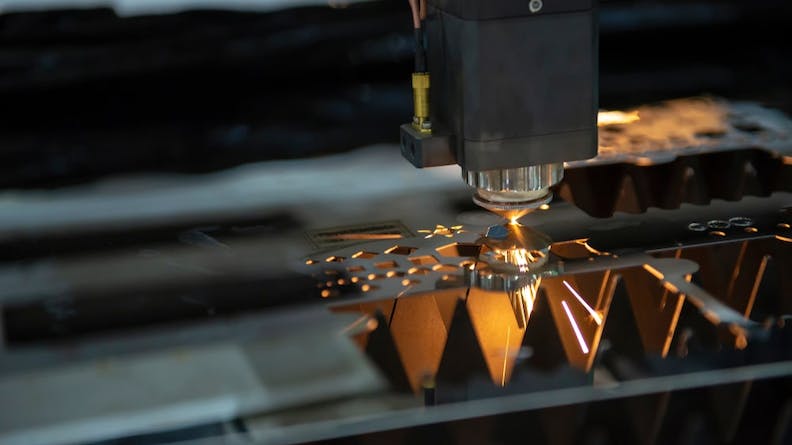 Laser is an acronym that stands for Light Amplification by the Stimulated Emission of Radiation. To briefly summarize without going too far into the particle-physics-weeds, lasers are set up so that the following steps occur in succession to produce superheated beams of light:

Note this list is highly simplified, but it hints at the most important aspect of this process- the fiber optics.

Figure 2 below shows the basic setup of an optical fiber that is used to create this everlasting emission of stimulated radiation: 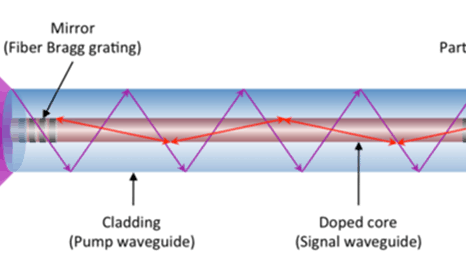 Figure 2 - Basic diagram of optical fibers and their functionality

In Figure 2, the optical fiber is built with an outside cladding with a low refractive index and an inside core with a high refractive index. The difference in refractive indices causes the light beam to concentrate in the core, where the desired photon cascade occurs. Rare earth elements are used to dope the inner core, as these elements emit discrete wavelengths not found in more common elements. In our case, Ytterbium is doped in the core material because its electrons emit a specific and discrete wavelength that produces high peak power. Additional parts of typical fiber lasers are not present in Figure 2 such as combiners, amplifiers, master oscillator, gain fibers, etc. but know that all these components work to increase, isolate, and coalesce the signal into a coherent laser at the output. 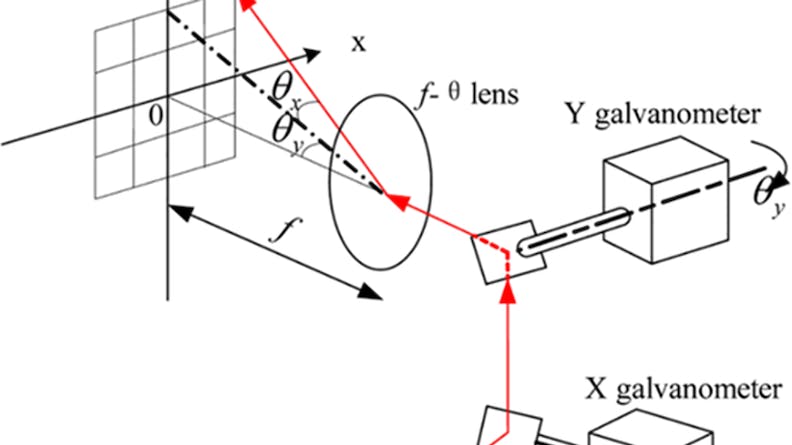 Figure 3: Positional system diagram of 2D fiber laser marking machines; note the x-y plane is represented in the vertical direction but is typically horizontal, where the laser shines down on the workpiece.

The X and Y galvanometers in Figure 1 accept precise electromechanical movements from a programmable microcontroller. The lens focuses the incident laser beam onto the workpiece, while the galvanometers move the laser in X-Y coordinates based on the user’s design. This setup allows the user to create a design, load it into the microcontroller of the marking machine, and execute the command autonomously and at high speeds.

What kind of material can be marked by a fiber laser marking machine?

Marking technology is flexible, accepting a wide range of materials. Below is a brief table exploring the different options for laser marking and their advantages and considerations. Note this table is not exhaustive.

Marking technology is flexible, accepting a wide range of materials. Below is a brief table exploring the different options for laser marking and their advantages and considerations. Note this table is not exhaustive.

As an emerging technology, the fiber laser marking machine is incredibly popular across many industries- but it is not without its limitations. This section will detail the main advantage of the fiber laser marker over other laser systems, as well as its disadvantages.

Below is a short list of some of the benefits of fiber laser systems:

Below is a brief summary of some of the considerations and limitations of fiber laser systems:

Are you in need of part marking? You can get your quote in seconds with Xometry. To learn more about our part marking capabilities, check out our Ultimate Guide to Direct Part Marking. In that guide, you will find our guidelines around each process and further information on the types of markings we perform and what we'll do in case of missing information to ensure your order gets to you on time while remaining to your specifications.