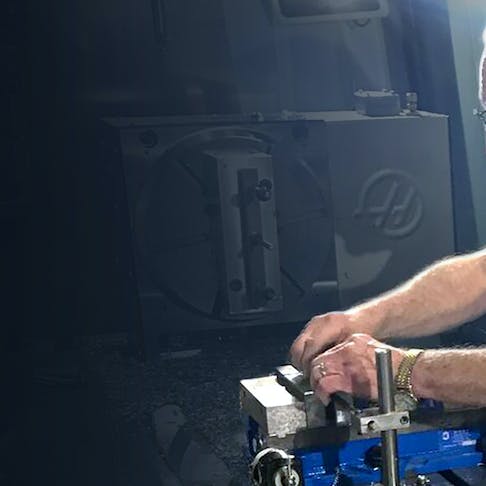 How a Pittsburgh machinist adapted to the changing manufacturing industry

Anyone who’s even remotely familiar with the history of Pittsburgh knows that it’s now the “Steel City” in name only. In the 1920s, Pittsburgh steel companies produced one-third of the world’s steel and the industry generated over 300,000 jobs that served as the backbone of the local economy. But in the early 1980s that dominance came to an abrupt end.

Deregulation and foreign competition sent the price of steel plummeting and it wasn’t long before Pittsburgh steel companies began hemorrhaging jobs — 133,000 between 1979 and 1987. In at least one Pittsburgh-area county, the unemployment rate reached 27 percent, which is higher than the peak national unemployment rate during the Great Depression.

But Pittsburgh eventually endured and adapted to the 21st century economy. Today, the city is the home of thriving companies in the technology, health care, and education industries. And though many of those steel-era manufacturing companies closed down, some managed to evolve with the times and are still operating today.

One such company is Ashby Manufacturing. Now owned and operated by Tim O’Donnell (his brother Kevin is also a part owner), it was founded by his father, Manus, in 1976. “My father came over from England in 1965,” O’Donnell recalled. “He went to school for engineering and wanted to see what America was like, so he and a friend came over here and he just fell in love with it. Came back six months later and started renting an apartment from my grandmother, which is how he met my mother.”

This was when steel was a still-thriving industry, and O’Donnell’s father started as a machinist for a shop called Miller Printing. It wasn’t long though before he started taking jobs on the side and then eventually left to start his own machine shop. It started as a small operation in Pittsburgh and as it grew he moved to a larger facility in the suburbs. “As it got bigger, everybody started pitching in and helping out,” recalled O’Donnell. “My mom would have a phone in the kitchen for business calls. She was basically our secretary.” 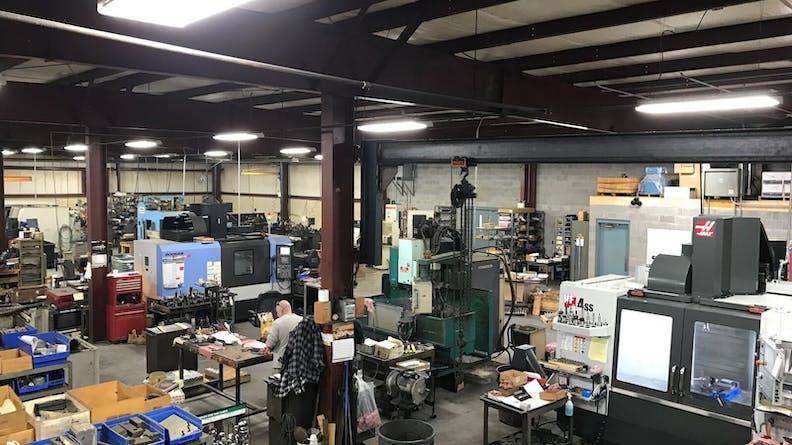 It was fairly early in his life that O’Donnell realized he would end up joining the family business. He began working for it as a teenager and then later went to school for engineering and business. He learned CAD technology, which was relatively new at that time, as well as the intricacies of fulfilling government contracts. And by working in his father’s shop, O’Donnell was exposed to some of the most experienced machinists in the business. “Really our strength is the people who have been working here for decades, which translates to a lot of experience on the floor,” he said. “The second guy we hired is still here, and so is the fourth guy we hired. There’s another gentlemen who has worked here for 22 years. Bouncing around with all those guys allowed me to learn from their wealth of experience, and then I was able to add some expertise of my own on the technology side of things.”

By the time the steel market crashed in the 80s, Ashby Manufacturing was well-positioned to weather the storm. “We bought some high end machines that a lot of our competitors didn’t have, and that allowed us to go after some high end work back then,” said O’Donnell. “That set us apart.” It also primed the company for what came to replace the steel industry; the rise of tech, health care, and service companies shifted much of Ashby Manufacturing’s focus from high-volume orders to low-volume jobs with quick turnarounds. “Small quantity, quick turnaround kind of work is what we found we shine to. We were small enough that we realized we could take on things like that.”

But even though Ashby Manufacturing adapted to the changing economy and secured business relationships that have lasted for decades, it was still subject to the boom and bust cycles that most smaller machine shops face. Such shops are often highly reliant on local industries, so they’ll struggle to fulfill a rush of orders and then wait for new orders to come in — a wait that could last days or even weeks. These manufacturers also experience difficulty securing new customers because they don’t have a marketing budget or sales team in place. “A potential new customer might come along who wants to manufacture a part, and so you spend several hours making sure you have the right materials and determining the cost,” said O’Donnell. “But then when you get back to them you find out you’re not the lowest bidder, or they were only toying with the idea of making a part and not all that serious about it. You do have to be careful how much time you spend quoting things.”

Earlier this year, O’Donnell solved this problem by signing on to Xometry’s Manufacturing Partner Network. “We had a representative come in from a large supply house, and he said, ‘There’s this thing called Xometry, and its guys are looking for small shops and you guys are a real good fit,’” recalled O’Donnell. After spending time on the Xometry website and speaking with someone from its partnership team, he decided to register for the program. “I think we had our first job within three or four days. It’s a pretty good system. Whenever someone posts a job to Xometry, we can see the delivery date, the materials, and the price, and so then all we have to do is decide whether we’re able to take the job or not.” He likes the fact that he doesn’t have to waste time with marketing or quoting prices.

So how does O’Donnell decide whether he’ll take on an order from the Xometry network? “Every day I come in I know I am going to have five or six jobs on Xometry that I can fit into any free space that I might have out on the floor,” he explained. “It is just really nice to be able to have it , because always in the back of my mind, I’m thinking, ‘Oh man, I have no new orders coming in from my current clients, but I could take this job that's right here [on Xometry] and keep busy for a while.’ That is huge for us.”

Not only does the Xometry partnership allow Ashby Manufacturing to pick up work during down time, but it also expands its client base beyond local industries. “Normally, it is really difficult for me to say, ‘Hi, I’m in Pennsylvania, and I would like to do some quick turnaround work for you and you are out in Colorado.’ A lot of buyers are like, ‘I want the guy down the street. But Xometry has taken out that distance factor.”

Since joining the network in mid-June, Ashby Manufacturing has taken on and completed 15 projects worth a combined $30,000. “I never have come in and not seen a job on your board,” he said. “In fact, I’m staring at my computer right now and there are six jobs here to look over.”

“In fact,” he added, laughing, “I might take a job right after we get off the phone.”