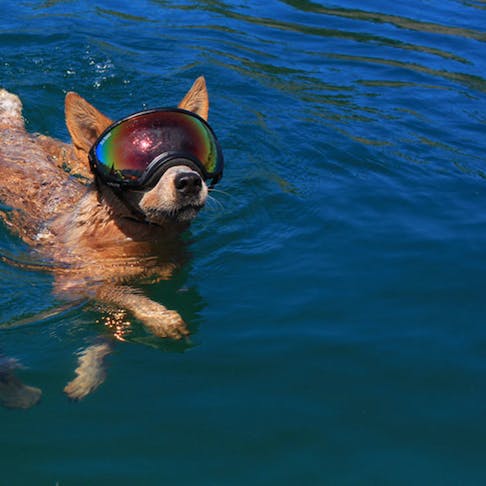 Case Study: How a Wyoming Couple Launched a Line of Protective Eye Goggles for Dogs

Jesse Emilo and his wife Aiden Doane didn’t set out to launch a global company that would sell goggles to pet owners all around the world. They just wanted to protect their dogs’ eyes.

Jesse Emilo and his wife Aiden Doane didn’t set out to launch a global company that would sell goggles to pet owners all around the world. They just wanted to protect their dogs’ eyes.

The couple, with their shared love of the outdoors, regularly take their German Shepherd and husky out with them when they hike and ski in the mountains of Wyoming where they live. About three years ago, however, they were saddened to learn that their dog Tuckerman had developed an autoimmune disease that left it vulnerable to UV light. Their husky Yaz was also getting sunburn around her eyes.

“So we started to come up with solutions to protect their eyes so that we could continue to bring them outside,” Emilo recalled. They began combing through their house looking for old ski goggles they no longer used. “I’ve always been a — I don’t know, problem solver maybe is a good term. I have always worked with my hands.

So it came natural for us to build our own solutions.” Using these spare goggles, super glue, and scissors, they hacked together over 20 pairs of goggles, each with slight iterations. “The toughest part was actually designing the strap system and making the goggle stay in place during pretty high levels of activity,” he said. “It also needed to be adjustable so that it can fit many dogs, not just one size.” They finally settled on a pair that fit their dogs’ faces and didn’t easily fall off. Problem solved. 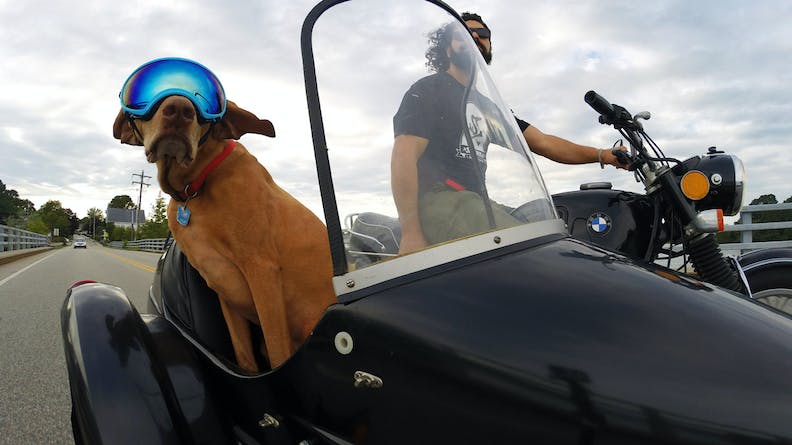 A happy Rexspecs user and her human!

But immediately after they began using the goggles they started getting stares and questions from passersby.” Obviously, it’s an unusual thing to see a dog wearing goggles, and most people would look and smile and ask, ‘What are those for?’” said Emilo. “We were intrigued by the amount of attention we were getting, and most people, once we told them why the dogs were wearing goggles, were like, ‘That’s a great idea.’” The couple knew they were onto something, so they showed the goggles to both a nearby veterinary optometrist and a professional dog trainer. Both agreed that there could be a market for such a product.

Invigorated by this feedback, Emilo and Doane embarked on transforming a product that had been stitched together by hand into one that could be viably manufactured and sold. They started by approaching multiple product design firms. “Eventually we did find a firm in Salt Lake City that had designed several goggles for bigger companies and they had no problems with it,” said Emilo. The firm, using 3D printing technology, began shipping them prototypes to review.

After settling on a final version, Rex Specs, as the company eventually came to be named, set about finding ways to manufacture the goggles at scale. And then, a little less than two years ago, the goggles were ready to go to market. “In terms of marketing strategy, our goal was to prove that the goggle did its job in the working dog world,” he said, referring to dogs trained by police forces, military, and rescue organizations. “So our first trade show we went to was specific to military, police, and working dogs, and our goal there was to prove that if those dogs could use it and wear it, then it was proof of concept that other dogs could as well.” 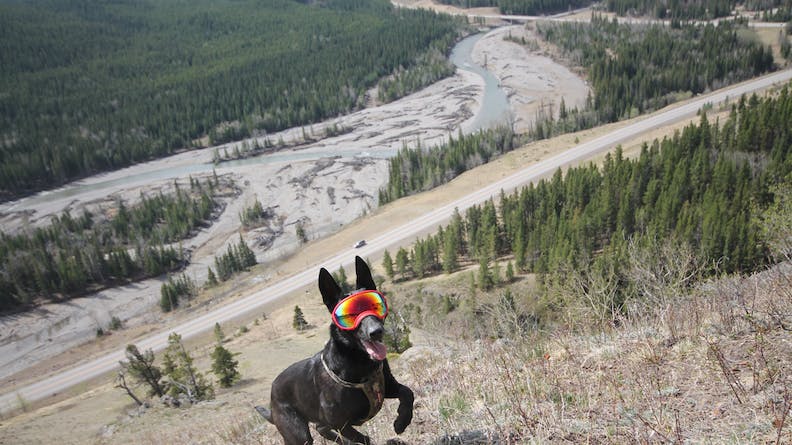 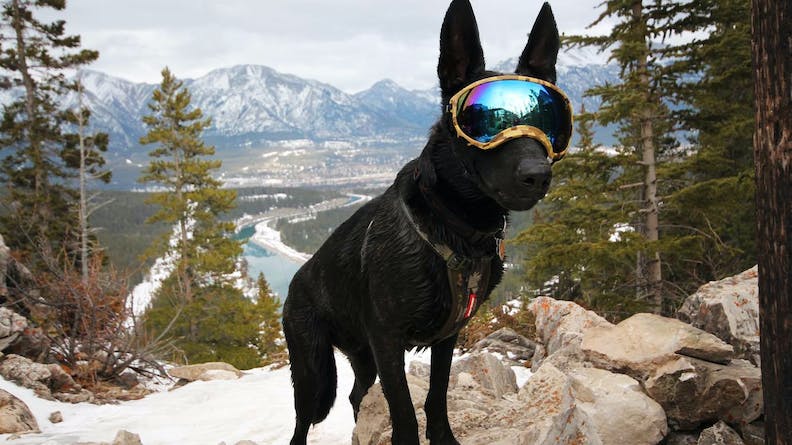 Sales slowly but gradually took off. The Coast Guard became an early and enthusiastic customer. “These dogs would get deployed on ships for searches, and there was this natural need for eye protection,” said Emilo. “Enough people recognized that need and they started using the goggles and buying more of them.”

Fueled, in part, by social media, Rex Specs eventually began to penetrate the consumer market. “The Goggles look kind of awesome, so people take a picture of their dog wearing them and share it to Facebook and Instagram,” said Emilo. Often, the customers would tag the company in their social media posts, thereby driving more customers its way. Today, pet owners make up about 50 percent of the company’s customer base, with the remaining portion going to service animals.

So what’s next for the company? Goggles designed for smaller dogs. “Right now, the one product we have fits dogs between 30 and 100 pounds,” said Emilo. “Our goal during the design phase was for it to fit a large range of sizes. We are currently in production with a size small that is going to fit dogs between 10 and 30 pounds. In terms of design, it’s maybe more challenging even than the original goggle because we wanted it to fit dogs that have a flatter face, like Boston Terriers and those breeds with a squashed nose; their eyes are more vulnerable because when they stick their nose in a bush or tree they end up with quite a few eye injuries.”

To design this smaller version, Rex Specs turned to Xometry for its rapid prototyping. “Xometry offered great service in terms of explaining materials to us, the speed at which it could print something out and ship it to us, and the affordability that it provides for us,” said Emilo. “We were able to get three or four prints at a time instead of one – then we could apply different foams and straps to each, allowing us to determine what the end product would be with more confidence and in a shorter amount of time.” Rex Specs plans to launch the smaller version in time for the holidays. In the meantime, thousands of dogs are continuing to get eye protection from what would otherwise be debilitating sun damage.