The Xometry app works best with JavaScript enabled!
ResourcesCase StudiesCase Study: How an Inventor Crowdfunded $220,000 for His ‘KordBot’ Instrument 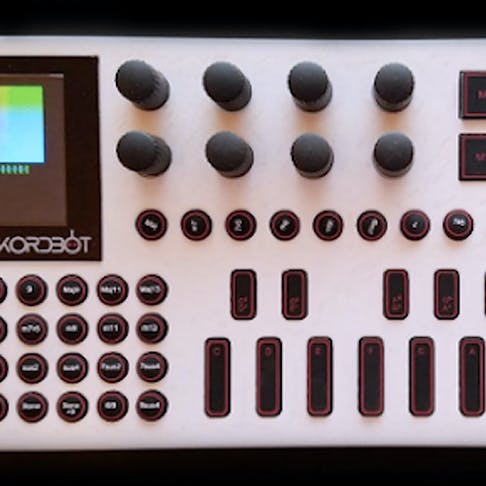 Case Study: How an Inventor Crowdfunded $220,000 for His ‘KordBot’ Instrument

Meet Brad Holland, founder of ISLA Instruments and the inventor of the ‘Kordbot’.

Brad Holland spent a significant portion of his adult life wanting to be a musician — an electronic music producer, specifically — but it was only relatively recently that he realized his true passion: developing the technology that makes great music composition possible.

To understand how he reached this revelation, you have to travel back to when he was 19 years old and living in Manchester, England. He had been working in IT for the local government when he started dabbling in EDM and DJing. It wasn’t long before he caught the ear of Ian Carey, a world-renowned DJ and music producer who decided to sign Holland on to his label. “I went straight to work for him in Spain, where he was at the time, and from there we carried on making music,” said Holland in an interview. “But I got a lot more involved in the studio technical side because I had more of an electronic background.”

Holland had gotten in just at the right time, because not long afterward Carey wrote and produced a pair of music singles that eventually went platinum. The resulting fame and incoming money allowed them to build a much bigger studio. “For me, building the studio became much more of an interest than actually making the music,” said Holland. And when Carey decided to move back to the States, this time in West Palm Beach, Florida, Holland went with him to help him build a new studio there. 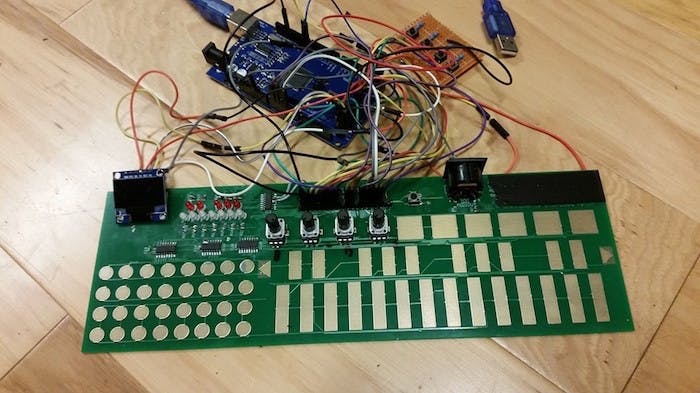 Holland has been amazed by the response to his ‘Kordbot on social media and crowdfunding sites like Kickstarter and Indiegogo. “We built a professional facility, and a big part of the studio was a huge vintage recording console that we drove all the way back from LA with,” Holland called. The console had come from the set of Judge Judy, and when they got back to Florida he set about assembling the thousands of pieces. “The whole thing had come full circle when I put all my passions into one project — electronics, music, and building something by hand,” he said.

Holland eventually reached a point, however, when his business relationship with Carey began to wind down, and so he started looking for his next big thing. “If I’m honest, I just didn’t want to go and get a normal job,” he said. It was while brainstorming potential projects that he came up with the idea for what would eventually become the KordBot.

He came up with the idea while considering a problem he and a lot of other musicians encounter: because Holland doesn’t have a strong music theory background, he often reverts back to using the same few chords while composing music. “I can play pretty well but I play by ear,” he explained. “I can listen to things and play them, but because I can only do that in one or two keys, it can be difficult to come up with something new. And when you’re doing dance music, a lot of it really rides on the chord progression that you come up with.”

Holland’s idea was for a keyboard that allows you to choose a desired chord type — say, a Major 7 — and then press the root note. The KordBot would then output the entire chord to an attached MIDI device, which then broadcasts it as if you had played the entire chord yourself. “It also lights up the keys so that it’s an educational device if you want to quickly check how to play a C Major 7th, for example,” he explained.

Holland got to work right away on this new company, which he called ISLA Instruments, named after his daughter. “I started sketching out what it might look like and what it might do,” he said. “My own electronic expertise got me to a roughly working prototype in terms of the circuit and stuff like that but I quickly realized I’d need to find someone to do the coding and the programming of the actual operating system.” 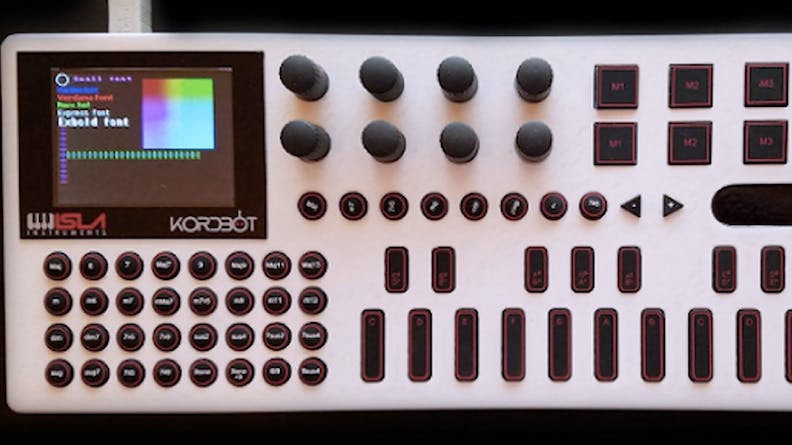 That’s when Holland stumbled upon a coincidence that, if it hadn’t happened to him directly, he wouldn’t have thought possible. He had first gotten obsessed with creating digital music when he was 12 years old after his parents purchased a Commodore 64, an early personal computer invented in the 80s. “I used to mess around with programming and trying to do music at that age,” he recalled. “And I had a book that was an absolute bible to me as a kid and it was called ‘Music and Sound for the Commodore 64.’ You’d type the stuff in from the book and it’d be teaching you the basics of synthesis and all that kind of stuff.”

Flash forward a few decades until now. In his search for a programmer he put out an ad that was answered by a man named Bill Behrendt. “After a bit of discussion, I was probing him to find out what his skills were and he said, ‘I’ve been doing computers and music for a number of years. In the early 80s I wrote a book called Music and Sound for the Commodore 64,’” said Holland. “He wrote the book that was my bible as a kid. I’m not superstitious at all but I read a book when I was 12 years old, later moved to America, and then 25 odd years later I’m working with the guy that wrote that book and it was purely by chance that he replied to the ad I put out.”

He got to work tweaking the hardware while Behrendt tackled writing the software. Holland also connected with someone who could convert his drawing and concepts into 3D models. Once he was ready to start building prototypes, he began searching for a way to manufacture them. That’s when he came across Xometry. “I’m working with a company in China for the platform injections for the final mold, but I had originally started working with them for my prototypes,” he said. “But they were using CNC machining, which was very expensive, and it was taking them too long to produce each prototype.” With Xometry he was able to leverage 3D printing services for both their speed and low cost. 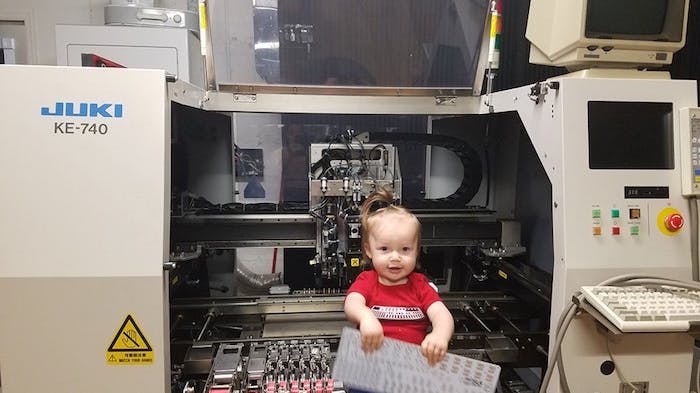 Brad Holland named his company ISLA Instruments after his daughter.

Once he had a working model, Holland then had to figure out how to bring it to market. And like many independent inventors these days, he ultimately chose to go with crowdfunding on Kickstarter. “I set up the campaign,” he said. “I got the prototype built, did the video in my garage, and put it up there thinking I might sell about 100 of them.” His goal was to raise $55,000 in 30 days; he figured that would be enough to get him started. “It got $55,000 in 18 hours.” He doesn’t quite know why it blew up so quickly. He had spent some time beforehand building up his email list and Facebook followers, but he never could have predicted its virality. Once the Kickstarter campaign ended, he’d raised $180,000. He then migrated it over to Indiegogo, where it raised another $40,000 for a total of $220,000.

These days, Holland is 100 percent focused on getting the KordBot ready to ship to his backers. “You have to make sure you don’t build 1,000 of something that doesn’t quite work because that would be a disaster,” he said. “The attention to detail is critical because you’re worried about letting people down and damaging your own reputation.” His original goal was to ship by September, but due to new features he’s adding and his strive for perfection, the shipping date will be delayed by a few months.

But once those initial orders are sent off, Holland will focus on obtaining more formal distribution channels. He’s been in talks with media producers and press, all of whom seem excited about the product. “So with any luck it will go great with the reviews and we will be building a lot more.” A little over two decades ago he was inspired to become a musician with an early PC and an instructional book, and now he gets to inspire a new generation of musicians with an invention of his own making.