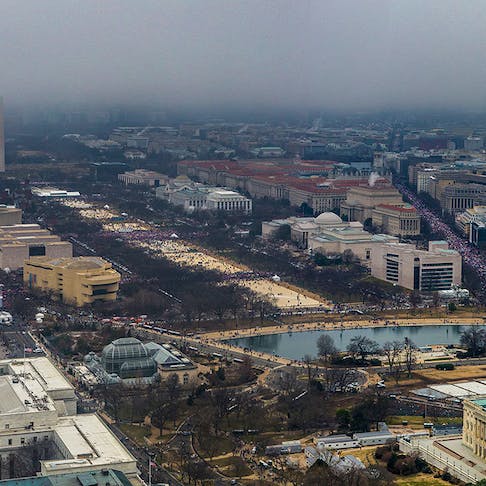 Over the past months there’s been plenty of discussion around crowd sizes, particularly as they relate to the Presidential Inauguration and the nationwide protests that followed. While much of this discussion has emanated from partisan sources, a few nonpartisan experts have broken through the noise to provide reliable, accurate crowd size data.

Among those experts is the team behind Digital Design & Imaging Service, a company based in Northern Virginia. Founded by a landscape architect named Curt Westergard, the company is known for attaching high quality cameras to an SUV-sized balloon and taking photos from hundreds of feet above the ground. It’s done this for a presidential inauguration, rallies led by both Glenn Beck and Jon Stewart, and, most recently, the Women’s March.

Westergard didn’t stumble into this line of work accidentally. In fact, he got his start offering aerial imaging services in the wake of 9/11. “The day after September 11, airspace shut down, and everyone realized that aerial platforms, especially in urban areas like Washington, DC, will be a thing of the past.” said Ryan Shuler, project manager and lead photographer at the company. “You couldn’t fly a helicopter or a fixed wing aircraft in any restricted airspace.” 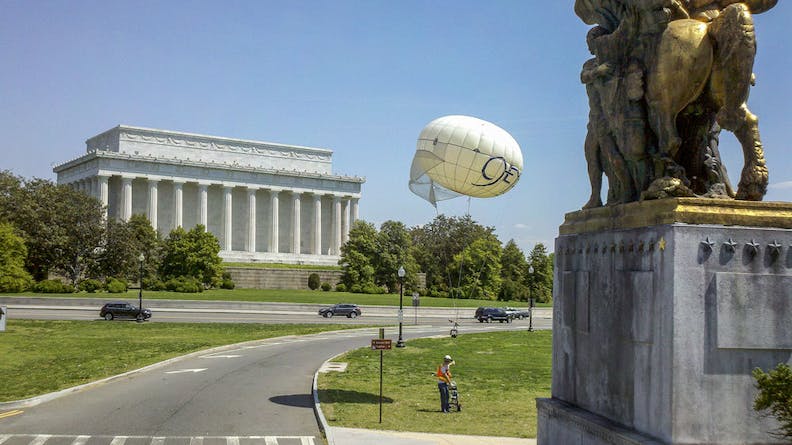 This posed a real problem for any company in need of aerial images, especially developers planning to erect new buildings. While some turned to drones to solve this problem, Westergard’s insight was that attaching a payload to a balloon resulted in a much more stable, accurate rendering. “We have a sweet spot that’s from the ground level up to about a thousand feet,” said Shuler. “In most of these areas you don’t want a helicopter flying between 200 and 400 feet, just for safety reasons.”

Shuler joined the company about a decade ago. “Curt actually approached me in a gallery show of mine,” he recalled. “I have a bachelor’s in photojournalism and a master’s in photography, and I had a lot of experience rock climbing and shooting aerial and canopy photography. I did some shooting for the Smithsonian down in Panama and had a gallery show with some of those images in it. He liked what he saw, so we started talking and got together from there.”

During his time at Digital Design & Imaging Service, Shuler has grown to love his work. “The most enjoyable projects for me are the ones where I get to handle a lot of the data or analyze stuff,” he said. “Those involve working mostly with engineering firms -- building 3D models and using the balloon’s capabilities to create reference points and gather data from the air. We take all of that and basically create a presentation for the engineering firm to show what the visual impact of a structure will be.” 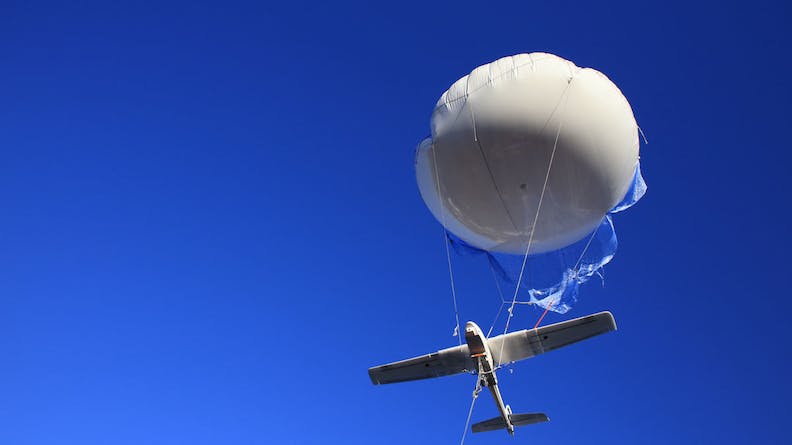 DDIS has developed a safe and secure method for testing small UAV’s communications, telemetry and other sensors or payloads at altitude without the danger of damaging the UAV or anyone on the ground.

For instance, if a firm wants to build a skyscraper, Digital Design & Imaging Service can determine the type of view each floor will have so the firm can price the building’s units accordingly. “When do you get the breaking views of the Hudson or Potomac rivers? When do you see specific monuments? Those are the kinds of things we can answer.”

Because the company’s services are so diverse, Westergard and Shuler have had to devise several custom ways to mount various cameras to the balloons. Doing this hasn’t always been easy or inexpensive, and so Westergard grew fascinated while mentoring a local high school robotics team and observing its use of 3D printing. “They were really good at fabricating and developing robots that would go on to win national competitions,” he said. “As a mentor for them we saw they were using 3D printing, and they began helping us with printing some designs.”

While those early results were promising, the desktop 3D printers didn’t always produce camera mounts that met the company’s standards. “In the middle of a print, the object would shift by two millimeters, and it was a fatal flaw,” said Westergard. Luckily, he soon learned of Xometry’s services, which were much more precise. “Xometry’s service just went way beyond printing, which was really attractive to us. Specifically, they would have the ability to advise on best practices, so Xometry just suddenly ramped up my learning curve so much more than when I was just using a desktop printer.” He was also attracted to the instant pricing functionality. “Their amazing website eliminated the distance between design and cost, which as the owner of the business was my number one concern,” he said. “I could see immediately that a particular design cost $500, and if we tweaked it just a little, it could cost only $400.” 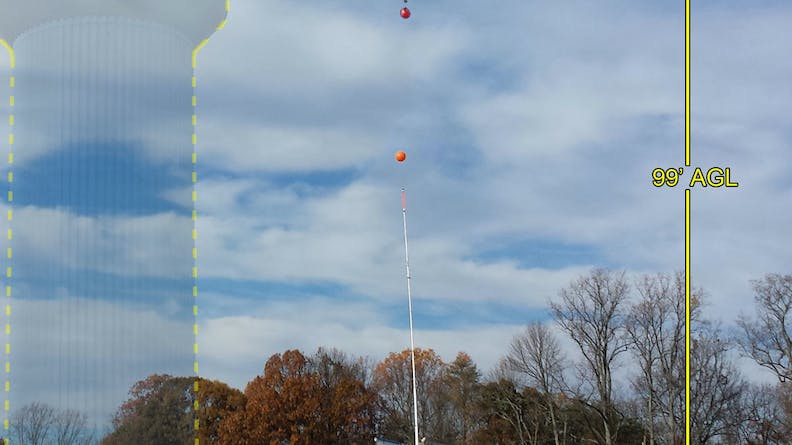 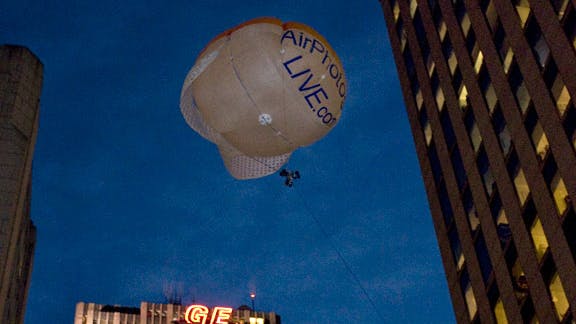 Whether for mitigation, zoning, or marketing, DDIS offers both public and private balloon tests to help clients, and the public, understand a proposed structure’s visual impact in the landscape.

Crowd counting and analysis was never the company’s primary role, but it’s the service that has generated the most attention. Various media outlets began to reach out and contract Digital Design & Imaging Service to document newsworthy events. To develop a methodology for estimating crowd sizes, it began collaborating with academics like Steve Doig, a journalism professor at Arizona State University. “We’ve done double blind studies that take our counting and his counting and figure out where we need to improve and what we’re doing well and get a good answer to the size of a crowd for a particular event,” said Shuler.

Over time, Digital Design & Imaging Service became widely known as a credible source that put aside partisan claims and calculated crowd sizes based on a proven approach. “Crowd size matters because it is so widely reported and becomes a political tool,” said Shuler. “And I feel like if we can position ourselves as an unbiased and accurate means of calculating a crowd’s size, then there’s a way of introducing some science into this highly volatile discussion.”

Though he’s been documenting crowds for nearly a decade now, Shuler still finds himself in awe when looking at high-resolution photos of huge crowds of people. “I would say that there’s definitely a ‘wow’ factor involved in a lot of this,” he said. Democracy in action, it turns out, is a powerful sight to behold.