The Xometry app works best with JavaScript enabled!
ResourcesCase StudiesCase Study: These Students Invented a Way to Brew Beer on the Moon 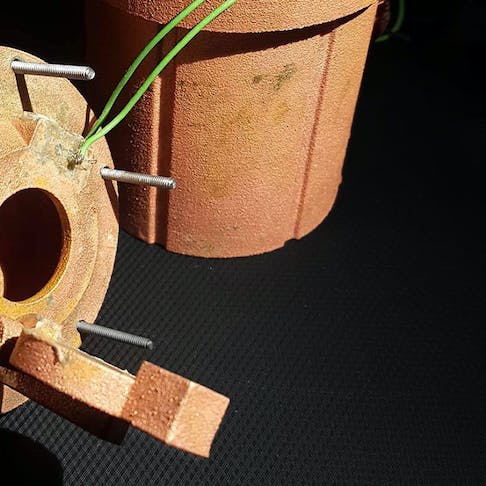 Case Study: These Students Invented a Way to Brew Beer on the Moon

To call Neeki Ashari a “space nerd” would be a vast understatement. She got interested in space travel at a young age when her father, a pilot and engineer, would take her to flight museums. “He gave me an appreciation for the principles of flight,” she said in an interview. “He’d always teach me about astronomy and the grandiosity of engineering.”

By the time Ashari reached college, this obsession had only intensified, and choosing an area of focus was a no-brainer; in 2012, she began attending the University of California San Diego, majoring in bioengineering. “I want to integrate the field of bioengineering with space exploration,” she said. “This means understanding the integration between life and space and designing biomedical instrumentation to help sustain life outside of Earth.”

In fact, Ashari has already secured funding from NASA to solve two of these kinds of problems. In the first, she’s developing a lower body negative pressure suit that helps combat the shift of head fluid to the lower extremities of the body. For the second project, she’s measuring microvascular blood flow and foot sensation by applying mild external compression via leg chamber. “Astronauts who sustain injuries in space don’t have the same healing processes that we do on Earth,” she explained. “So by applying compression it helps with the healing process, that way it can go faster.”

Given that Ashari has a full course load and two NASA-funded projects, you’d think she wouldn’t be able to take on any new research studies, but you’d be wrong. In the summer of 2016, a professor at UC San Diego asked one of his students to post an open call to several university Facebook groups asking students to volunteer for an upcoming competition. The competition, called Lab2Moon, was developed by TeamIndus, a team of engineers that participated in the coveted Google Lunar X Prize, which aims to conduct unmanned, private space missions to the moon. “The objective for [the Lab2Moon] competition was for people under the age of 25 to design and develop an experiment for sustaining life on the moon,” she explained. The winners of the competition would actually see their experiment conducted when TeamIndus launches its moon mission in December. 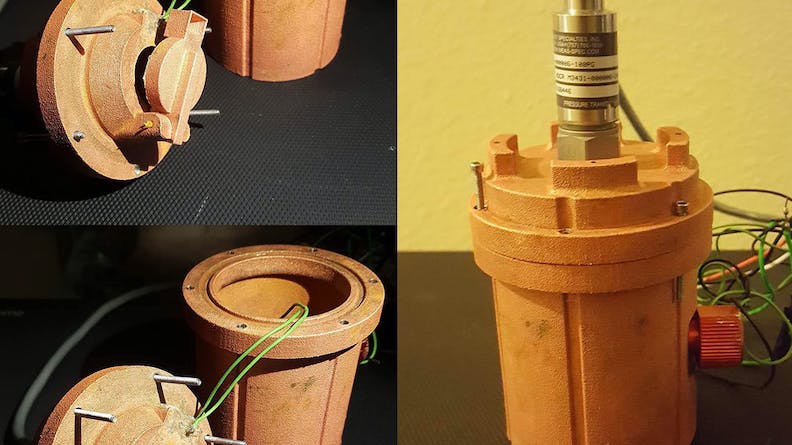 After seeing the Facebook group post, Ashari immediately messaged other engineering students about the competition. The group, which eventually comprised six UC San Diego students, began brainstorming potential experiments they could enter into the competition. “We have a home brewer on our team who likes to brew his own beer,” she said. “In San Diego, home brewing is a huge culture. As a joke, he said, ‘How about we brew beer on the moon?’ And at first we all started laughing, but then we went silent because we realized there would actually be a practical application for that kind of experiment.” Because many foods and pharmaceuticals involve the use of yeast, brewing beer on the moon would give scientists key insights into the viability of yeast in a lunar gravity environment.

The team, which calls itself “Team Original Gravity,” started by writing what’s called a concept note, which describes the experiment, and sent it to TeamIndus. Shortly afterward, they learned that, out of 3,000 applications, they were one of 25 finalists who would be tasked with building out the instrumentation of their experiments and presenting their project in Bangalore, India.

So Team Original Gravity got to work. Funded by a grant from Qualcomm, they began designing and engineering prototypes of their moon brewer. There were certainly a number of obstacles they needed overcome before making such an instrument work. “Our biggest challenge was coming up with our valve design,” said Ashari. “We have a valve between two chambers to separate the wort and the yeast, and basically once the valve opens, the yeast and the wort mix, and the yeast consumes the sugars and then the CO2 will come out, which is beer.” While the moon’s lower gravity would have a minimal impact, the team was most worried about the wide variation in temperatures the yeast would be subjected to. “We had to calculate the ideal ratio of food to canister volume such that the beer we’d incorporate would have the perfect amount of carbonation, which would reduce the possibility of exploding.”

Team Original Gravity turned to Xometry to complete the prototyping process. “We used it to fabricate our canister design out of nylon and plated it with copper and nickel to ensure air tightness,” said Ashari. “In school we’ve all learned how to use 3D printing, but we always use plastics or acrylics, basic materials. Working with Xometry really expanded our horizons when it came to using materials like nylon, copper plating, and nickel. These are materials we’d never worked with before, and that was really cool to see.”

On March 13th, Team Original Gravity embarked on a flight to Bangalore, India, where they presented their cannister prototype to TeamIndus, and though they weren’t among those officially chosen for the lunar mission, the competition provided valuable experience the team can use in their post-college career. “I graduate in June 2017, and my plans are to work at a space exploration company to develop and design biomedical devices for space exploration,” said Ashari.

We on the Xometry team were curious about one key detail: if Team Original Gravity had been chosen to brew beer on the moon, would they have been allowed to taste it afterward? “Unfortunately, we wouldn’t have been able to taste the beer we created, because it wouldn’t have come back to Earth,” replied Ashari. But given the current craft beer obsession sweeping across the country, she could see why there’d be high demand for such a brew. “Can you imagine imported beer from the moon?” she asked, laughing. “We could probably charge a fortune!”