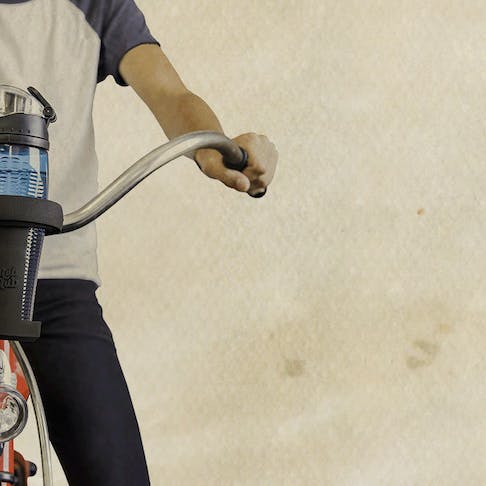 Todd Lenig went from bicycle enthusiast to inventing to a line of high-end biking accessories including a self-stabilizing beverage holder and a bar-mounted multi-tool.

When Todd Lenig lost his job at a trucking company, he was ready for something new. It was 2014, and in his 10 years at the company, he and his family had been relocated several times. His wife Amy was tired of all the moves and wanted them to pursue a different path.

It just so happened that Lenig had been percolating a startup idea for years. Since his childhood, he’d harbored a love for cycling. When he was as young as 14 he began participating in competitive cycling and stayed active with the sport through college. Many years later, he and his friends started going on the Register's Annual Great Bicycle Ride Across Iowa, or RAGBRAI for short. RAGBRAI was founded in 1973 when two Des Moines Register reporters rode their bicycles across the state, writing articles about their experience. It then became an annual tradition, with thousands of Iowans partaking in multi-day rides.

One year during RAGBRAI, Lenig and his friends were out camping when he was hit with an idea. “I woke up out of my sleep thinking it would be great to have a bottle opener that was attached to your bicycle,” he said. “So I started thinking about where I could place the opener. And if you’ve ever ridden any kind of distance you know the handlebar real estate is pretty full. There are phone holders and charger holders and bags and lights. So I wanted a place to put it that was out of the way and was underutilized. So I came up with the end of the handlebar.”

The idea remained at the back of Lenig’s mind for years, and now he had an opportunity to pursue it. His wife switched to full-time work at her nursing job in order to guarantee the family a steady income and health insurance, and then he set about trying to figure out how to design and manufacture the bottle opener.

Not far from where Lenig lives is a large John Deere manufacturing plant that’s serviced by a number of local machine shops. “I just did an internet search and found one that was close and worked with metal, and then I went down and talked to them about it,” he said. “I showed them my design and they said they would get to it when they could.” A few weeks later he received the stainless steel prototype and a bill for $1,100. “It was all wrong, it didn’t work,” he recalled, laughing. “I’d just spent $1,100 on something that didn’t even work. I couldn’t afford to drop that amount of money on each prototype.” 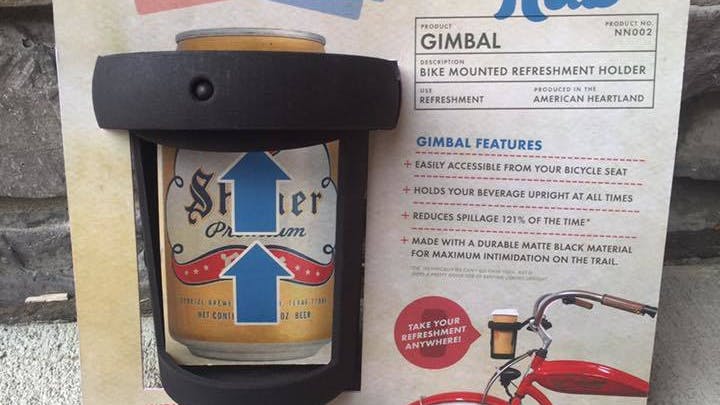 But then, a few weeks later while attending a 4th of July party, he struck up a conversation with a friend’s brother. “He was like, ‘I have a CNC machine that gets used a couple of times a month for a very specific part that we manufacture,’” Lenig recalled. “He said they have all the time in the world to make something like that.” This new option reduced his prototyping costs considerably, and he soon had a working prototype that was ready for wider production. By Thanksgiving, the bottle opener, which Lenig called the Pub-Nub, started appearing in stores and bike shops.

But the Pub-Nub was just the beginning for NubNub, the company he had formed. Lenig had ideas for several other bike accessories, including a self-stabilizing beverage holder and a bar-mounted multi-tool. In an attempt to speed up the prototyping process, he purchased a desktop 3D printer. “There was a lot of the post-print work,” he said. “So you would print something but you would have all kinds of strings and stuff hanging down that you would have to file down. It would take me two hours to get to a point where you could even begin to test it. Every time I did it I thought there had to be a better way.”

Then one day Lenig was searching for a particular part he needed and came across the website of a guy who was selling it. “He told me it was 3D printed and I’m like, ‘How do you get your 3D print to look like that?’ And he goes, ‘Oh, I use a company, it’s called Xometry. So right away I looked it up.”

Lenig started by asking Xometry to print up a prototype of the Gimbal, which is the name for his beverage holder. “When I uploaded the CAD file it immediately came back with a quote,” he said. “I was just shocked that it was that easy. Then, when I got that first Gimbal back, I knew that I no longer needed to own a 3D printer because this was so much better.” He laughed at the thought that he’d spent $1,100 on his first prototype. “I wish I could take it back but it was a learning experience. Ironically, one of my to-do list items today is to pack up my 3D printer and put an ad on Craigslist to sell it.”

Thus far, sales for the Pub-Nub are strong, and Lenig has seen substantial interest in the Gimbal. “Most of our sales occur on holidays” he said. “We see a lot of people giving it as gifts.” He spends much of his own time visiting retail bike shops and hardware stores. Nub Nub also gets a large portion of its sales as a result of social media word-of-mouth.

Lenig is already at work on the company’s third product, a bar-mounted multi-tool with two more in pre-prototype stages. While NubNub is continuing to expand, his ambitions are modest. “I don’t necessarily want to be the king of the world,” he said. “I just want to be able to carve out a niche, make things cyclists will love, and help them enjoy their ride.”