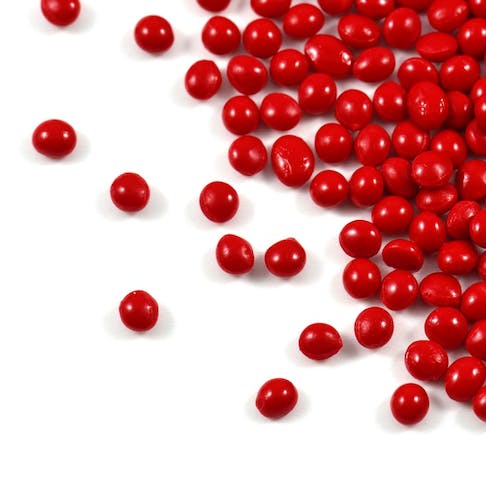 Learn all about the material and its uses in injection molding.

Acetal is a synthetic plastic that is often used when injection molding or extruding. Acetal resins have well-balanced properties, including a hard self-lubricated surface and excellent chemical resistance, strength, stiffness, and toughness over a broad temperature range. Acetal’s chemical name is "PolyOxy-Methylene." As a semi-crystalline material, acetal has a low coefficient of friction and good wear properties. Acetal copolymer is one type of acetal.

This article will look at the properties of acetal copolymers, the formation of the resin, and its uses.

What is Acetal Copolymer?

Acetal, also called polyoxymethylene (POM), polyacetal, and polyformaldehyde, is an engineering thermoplastic used in precision parts that require low friction, high stiffness, and excellent dimensional stability. Like many other synthetic polymers, it is manufactured by different chemical firms with slightly different formulas.

Acetal is categorized by its high strength, hardness, and rigidity to −40 °C. Acetal is intrinsically opaque white because of its high crystalline composition but can be produced in various colors. It has a density of 1.410–1.420 g/cm3.

Homopolymer and copolymer are two different variations of acetal that have different properties and applications.

What is Acetal Copolymer Used for?

How is Acetal Copolymer Made?

To make acetal copolymer, the polyoxymethylene copolymer replaces about 1–1.5% of the −CH2O− groups with −CH2CH2O−. First, formaldehyde is usually converted to trioxane, specifically 1,3,5-trioxane. This process is done by acid catalysis, either using sulfuric acid or acidic ion-exchange resins, followed by purification of the trioxane by distillation and extraction to remove water and other active hydrogen-containing impurities. Some distinctive copolymers are Ultraform from BASF and Hostaform from Celanese.

The co-monomer is usually dioxolane, but ethylene oxide can also be used. Dioxolane is formed by the reaction of ethylene glycol with aqueous formaldehyde over an acid catalyst. Other diols may also be used.

Trioxane and dioxolane are polymerized using an acid catalyst, typically boron trifluoride etherate. The polymerization happens in a non-polar solvent, in which case the polymer forms as a slurry, or in neat trioxane like in an extruder. After polymerization, the acidic catalyst must be deactivated, and the polymer is stabilized by melt or solution hydrolysis to remove unstable end groups.

For fabrication, acetal plastic is supplied in a granulated form and can be formed into the desired shape by applying heat and pressure. The two most popular forming methods for acetal copolymer are injection molding and extrusion. In addition, rotational molding and blow molding are also used.

What Are the Mechanical Properties of Acetal Copolymer?

Acetal copolymer is easily machined with conventional metalworking equipment and can be machined to very close tolerances. The standard colors are black and (opaque) milk-white. Also, copolymer acetals provide little or no centerline or core porosity, making them the preferred acetal for food contact or medical applications.

Acetal copolymers have excellent lubricity. They hold much of their toughness through a broad temperature range and are among the most creep resistant of the crystalline thermoplastics. The strength of acetal copolymer decreases only slightly after aging for one year in the air at 240 degrees F. The impact strength can stay constant for the first six months and falls off about one-third during the next six-month period. Aging in the air at 180 degrees F for two years typically has little or no effect on properties, and immersion for one year in 180 degrees F water leaves most properties virtually unchanged. Samples of acetal copolymer tested in boiling water retain nearly original tensile strength after nine months.

Acetal copolymer is non-hygroscopic and usually is FDA, USDA, Canada AG, and 3A-Dairy compliant. It absorbs minimal amounts of moisture and can be easily cleaned. As a result, it is used for environments with high humidity or moisture, food handling, and medical and marine components.

Although acetal copolymer has many benefits as an unfilled material, it can be filled with solid lubricants to enhance its bearing and wear properties. In addition, acetal copolymers have excellent resistance to chemicals and solvents.

What Are the Uses of Acetal Copolymer?

Typical applications for injection-molded POM include high-performance engineering components such as gear wheels, ski bindings, yoyos, fasteners, and lock systems because of its low coefficient of friction. The material is widely used in the automotive and consumer electronics industry. There are special acetal grades that offer higher mechanical toughness, stiffness, or low-friction/wear properties.

The image below shows one such application of acetal copolymer in use on a toy yoyo. 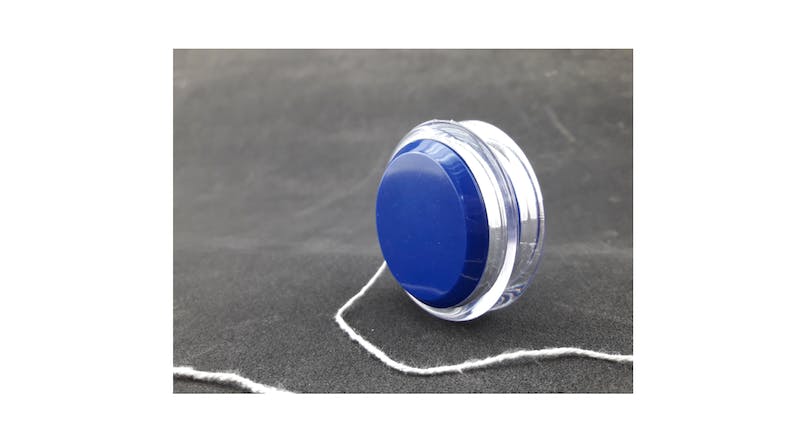 What are the Advantages of Using Acetal Copolymers?

Acetal copolymer resin is prized for its high strength, rigidity, toughness, and dimensional stability. It also has good wear and friction properties that can be improved by compounding with additives.

What Are the Disadvantages of Using Acetal Copolymers?

The disadvantages of acetal copolymer resin include its longer molding cycle times, its sinks, and the relatively high cost of the thermoplastic.

Another acetal polymer disadvantage is its propensity for quick burning without flame retardants because of the high presence of oxygen. It also exhibits poor resistance against strong acids and bases and has high mold shrinkage. Additionally, prolonged exposure to UV radiation may lead to color degradation and loss of strength, while its low surface energy makes it difficult to bond without surface treatment.

What Is the Difference Between Copolymer and Homopolymer Acetal Plastic?

The main difference between copolymer acetal and homopolymer acetal plastic is that two monomers make the polymer in copolymers whereas, in homopolymers, only one monomer repeats and forms the whole polymer. Because acetals are highly crystalline, they must be heated above their melting point to be processed.

Homopolymers possess a greater degree of regularity than copolymers in their structure; therefore, they are more crystalline. In addition, the other monomer used to make the copolymers has a longer hydrocarbon linkage that creates more space between the oxygen atoms in the polymer chain. These oxygen atoms present as the most significant susceptibility to thermal and oxidative degradation, so the fewer of these present, the more resistant the material will be to degradation.

However, creating that reduced level of regularity also reduces the crystallinity. This is good for the processor because it results in a melting point for the copolymer about 10 degrees Celsius lower than that of the homopolymer. This reduced melting point means that the copolymers can potentially be processed at a lower melt temperature.

Also, the vulnerable oxygen atoms' spacing increases the material's tolerance for higher melt temperatures. So copolymers have a wider processing window because of advantages on both ends of the thermal spectrum.

Some other differences include:

For more information, see our guide on homopolymer acetal plastic.

There are no known effects from exposure to the acetal polymer itself. If overheated, the polymer may release formaldehyde, which may cause skin, eye, and respiratory irritation and allergic reactions. However, significant skin permeation and systemic toxicity after contact are unlikely. There are inconclusive or unverified reports of human sensitization.

Acetal copolymer is not known to contain toxic chemicals under Section 313 of Title III of the Superfund Amendments and Reauthorization Act of 1986 and 40 CFR Part 372. Additives in this product do not present a respiration hazard unless the product is ground to a powder of respirable size and is then inhaled.

However, all dust can cause potential injury to the respiratory tract if respirable particles are generated and inhaled in sufficiently high concentrations. As a result, good industrial hygiene practices should include precautions to prevent the inhalation of respirable particles by using suitable personal protective equipment (PPE) and filtration systems.

This guide presented an understanding of acetal copolymers, including what they are, their uses, material properties, and toxicity. Xometry offers acetal plastic material in sheet and rod form factors in various sizes from Xometry Supplies.