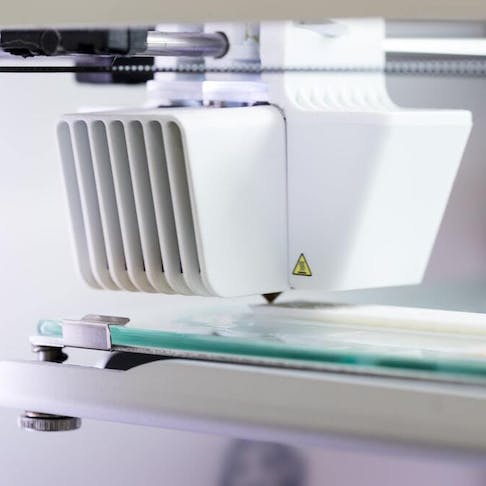 SLA vs. DLP: Differences and Comparison

Stereolithography (SLA) and digital light processing (DLP) are two types of 3D printing that build parts by polymerizing a liquid photopolymer resin. SLA employs an ultraviolet laser to trace the shape of each layer. DLP, on the other hand, projects a mask of a whole cross-sectional layer at a time. SLA produces parts with smoother surface resolution whereas DLP can print significantly faster and more cheaply. SLA printing is ideal for applications that need detailed surface resolution.

This article will compare SLA vs. DLP in terms of their differences, materials, and printing technology.

SLA Definition and Comparison to DLP

Stereolithography is a photopolymer-based 3D printing technology. It was first invented by Hideo Kodama in 1980. Six years later, SLS was commercialized and patented by Charles Hull. SLS works by shining a UV laser against a scanning mirror. The mirror directs the laser light in a pattern that traces out the cross-sectional pattern of a single layer of the part. This laser light polymerizes the photosensitive resin wherever it hits a solid surface – either the build platform or the previous layer. After each layer is polymerized, the build platform moves upwards. The part will thus appear to grow out of the liquid.

SLA 3D printers can produce larger parts with more consistently smooth organic surfaces when compared to DLP 3D printers. A typical SLA printer is shown in the image below: 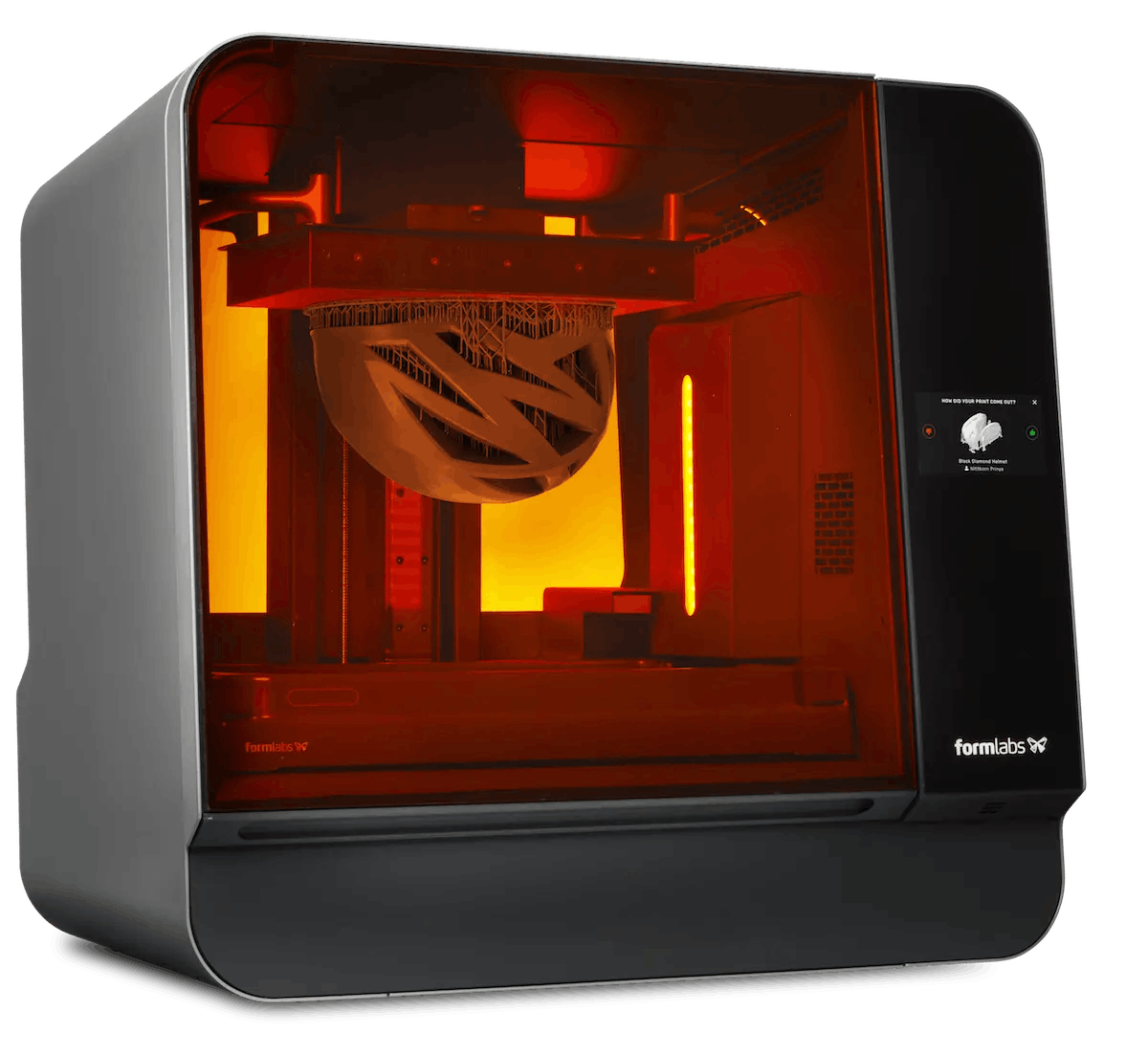 What Are the Advantages of SLA Compared to DLP?

Listed below are some key advantages of SLA vs. DLP:

What Are the Disadvantages of SLA Compared to DLP?

Listed below are some key disadvantages of SLA vs. DLP:

DLP Definition and Comparison to SLA

Digital light processing is a photopolymer-based 3D printing technology. It was invented in 1987 by Texas Instruments. DLP works by projecting a UV light onto the build platform to polymerize  each layer of the part. The layer’s cross-section needs to be masked so that only the specified areas get polymerized. This masking is done with a DMD (Digital Micromirror Device) which contains thousands of microscopic swiveling mirrors to direct light. They are arranged into a digital pattern for each layer to either direct the UV light to the photopolymer or into a heat sink below. Alternatively, LED screens can be used as the light source and the masking is done by simply turning off the LEDs wherever polymerization is not required. The resolution of a DLP 3D printer depends on the resolution of the LED or DMD array as well as the distance from the light source to the polymerization zone. DLP parts are made up of cubic volumes called voxels – essentially 3-dimensional pixels. This means any curved edge will look as if it was built from many tiny cubes.

DLP 3D printers are cheaper and can print significantly faster than typical SLA 3D printers. The image below shows a typical DLP printer: 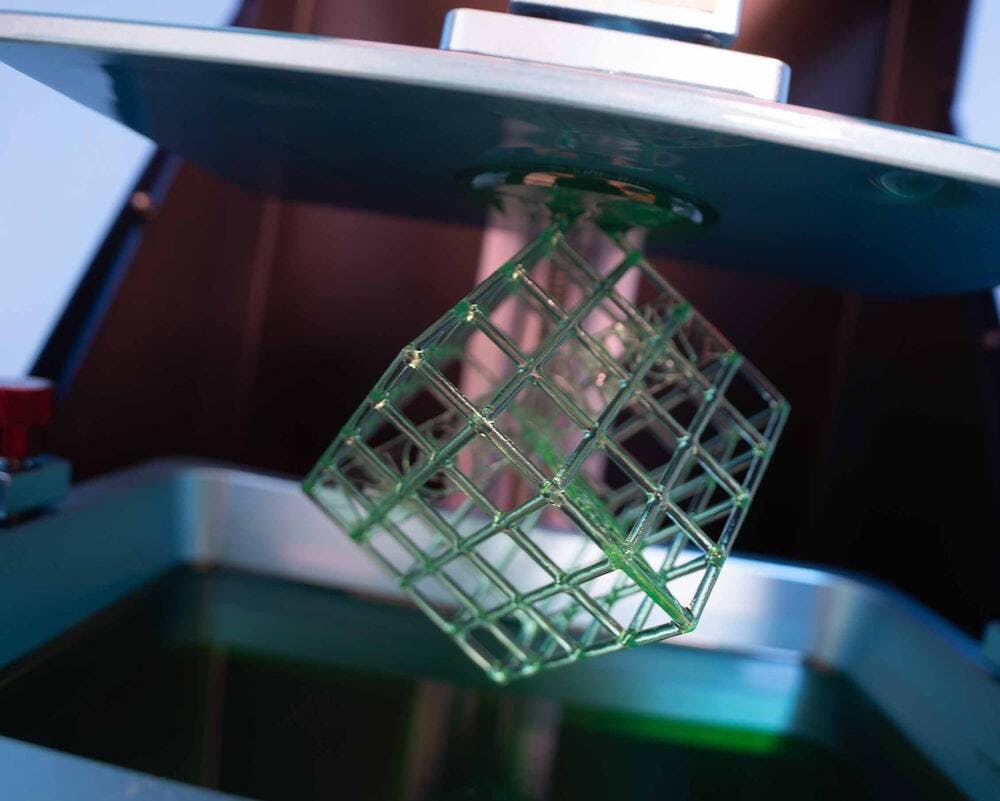 What Are the Advantages of DLP Compared to SLA?

Listed below are some key advantages of DLP vs. SLA:

What Are Disadvantages of DLP Compared to SLA?

Listed below are some key disadvantages of DLP vs. SLA:

Comparison Table Between SLA and DLP

The table below lists some of the more common properties of SLA vs. DLP as well as how they compare with each other:

Both SLA and DLP produce parts by polymerizing a liquid photopolymer resin with a UV light source. Both technologies print parts upside down with the build plate slowly moving out of the resin vat and the part thus appearing to grow out of the photopolymer. DLP 3D printers polymerize an entire layer at a time whereas SLA 3D printers scan the cross-section of each layer using a single focused laser. SLA printers can create smoother parts than DLP printers that tend to have a pixelated type effect on complex surfaces.

Both SLA and DLP make use of photopolymers that are cured by a UV light. Variants of these photopolymers are available with either short or long molecular chains. Short chains produce stiffer parts while longer-chain polymers make parts more flexible. Photopolymers need to be cleaned in a solvent bath once they’re finished to remove any uncured resin. A post-curing stage using UV light may also be needed to ensure optimal properties.

SLA and DLP can both produce highly accurate parts with very fine features. They’re often used to create casting patterns for jewelry pieces or custom dental molds designed to perfectly replicate a patient's dental structure. If parts are to be used in medical or mechanical applications, they generally need to be post-processed to ensure optimal mechanical properties.

SLA printers can be built around larger print volumes. This is because the resolution of the print is not affected by the distance from the light source. The narrow laser cures only a single point worth of photopolymer at any given moment. DLP printers, on the other hand, need to have a relatively shallow resin bath as the resolution degrades with distance. The light source needs to be placed close to the layer to be polymerized. Print volume on DLP printers can be increased with the help of higher resolution light sources but this makes the printer significantly more expensive.

SLA and DLP produce some of the smoothest surface finishes of any 3D printing technology. When compared to each other, SLA prints have better surface finishes, especially on complex curved surfaces. An SLA laser will more closely follow a complex curve. DLP printers, meanwhile, will create curves by approximating them with multiple cubic structures. This results in a pixelated appearance on complex surfaces. The effect is only noticeable upon close inspection and in many cases is not visible to the casual observer.

What Are the Mutual Alternatives to the SLA and DLP?

SLA and DLP are excellent 3D printing styles, but there is another alternative technology that can achieve a similar result:

What Are the Similarities Between SLA and DLP?

Listed below are some of the similarities between SLA and DLP:

What Are the Other Comparisons for SLA Besides DLP?

Below is another 3D printing technology that is comparable to SLA:

What Are the Other Comparisons for DLP Besides SLA?

Below is another 3D printing technology that is comparable to DLP:

This article summarized the differences between SLA and DLP 3D printing technologies.

To learn more about SLA vs. DLP and to help select the perfect technology for your products, contact a Xometry representative.