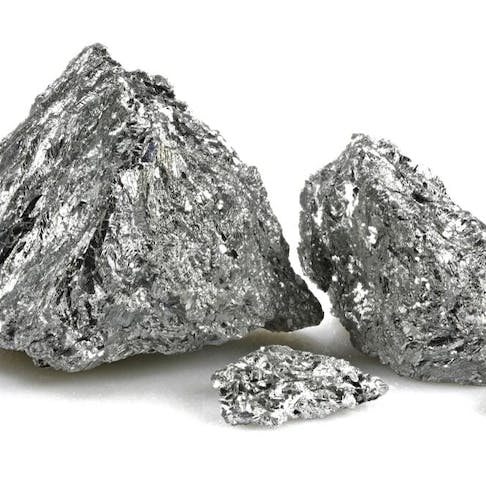 Learn more about the key properties of these elements.

Metalloids are a class of elements that have properties of both metals and nonmetals. They fall between metals and nonmetals on the periodic table. The definition of metalloids, as well as the number of elements that fall into the metalloids group, is often argued by scientists. Boron, silicon, germanium, arsenic, tellurium, and antimony are all generally accepted as being metalloid elements, and as such, will be the focus of this article. However, while polonium, astatine, and bismuth are also sometimes classified as metalloids, they will not be discussed.

This article will describe the six most important properties of metalloids and list some key metalloids characteristics.

2. Metalloids Have a Metallic Luster and Appear to be Metals

Metalloids have the physical appearance of metals. Their metallic/reflective surface makes it immediately obvious why the name "metalloid" fits these elements. Table 2 below illustrates the visible surface characteristics of metalloids:

3. Metalloids Are Brittle and Easily Broken

Metalloids cannot be formed using the cold-forming techniques normally used for metals because they are very brittle. Metalloids will tend to fail due to brittle fracture or crumbling.

4. Metalloids Have the Ability To Conduct Electricity, but Not As Well as Metals

5. Metalloids Behave More Like Nonmetals in That They Easily Form Anions, Have Multiple Oxidation States, and Form Covalent Bonds

6. Metalloids' Ionization Energies and Electronegativities Are In Between the Values of Metals and Nonmetals

The key distinguishing properties of metalloids are that they have characteristics of both metals and nonmetals. Their ability to act as semiconductors is an important and unique feature of some metalloids. This makes metalloids indispensable in an era when electronic circuits are everywhere.

Which Property Is the Most Useful for Identifying a Metalloid?

Most metalloids can be visually identified by their metallic appearance. Identifying metalloids by their chemical attributes is generally more difficult, as there are no properties of metalloids that make them stand out distinctly enough from other elements.

What Elements Are Commonly Referred to As Metalloids?

The elements that are commonly referred to as metalloids are listed in Table 5, along with brief descriptions and a few typical applications:

For more information, see our guide on the Elements of Metalloids.

What Is the Composition of Metalloids?

Metalloids are fundamental elements, just like all the other elements on the periodic table. Like all elements, they are composed of protons, neutrons, and electrons.

What Is a Metalloid's Most Useful Property?

Metalloids’ most useful property is their semiconducting behavior. They are widely used in electronics. The conductivity of semiconducting metalloids can be enhanced using a technique called doping. Doping consists of the addition of small amounts of impurities to the base semiconductor to change its charge-carrying properties in desirable ways. Additionally, metalloids are often used as alloying elements.

Is Metalloid Brittle or Malleable?

Metalloids are brittle. This means that when deformed, they tend to crack instead of deforming elastically or plastically. Therefore, they cannot be used for structural applications. Metalloids tend to be used as alloying elements in metals, or as semiconductors in electrical devices instead.

How Do You Categorize a Metalloid?

How Can the Electronic Configuration of a Metalloid Be Determined?

What Is the Difference Between Metal and Nonmetal?

Some differences between metals and nonmetals are shown in table 6 below:

Table 6. Comparison of Metals and Nonmetals

Ready to Get a Quote?

Take advantage of our network and see what Xometry can do for you.

This article reviewed 6 key properties of metalloids and explained what these elements are and how they are used.