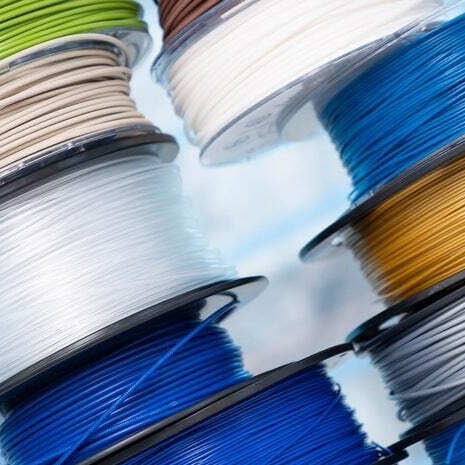 PLA vs. ABS: Differences and Comparisons

Learn all about these two materials that are commonly used in 3D printing applications.

PLA (Polylactic Acid) and ABS (Acrylonitrile Butadiene Styrene) are both used for a wide variety of industrial and consumer applications. PLA is more brittle than ABS and tends to degrade when exposed to UV light. However, it is easier to print and does not warp as easily as ABS. PLA is ideal for quick and easy prototypes, whereas ABS is better suited for functional applications. PLA and ABS are both relatively inexpensive.

This article will compare PLA vs. ABS in terms of their relative advantages, disadvantages, and properties.

PLA Definition and Comparison to ABS

PLA (Polylactic Acid) is a semicrystalline thermoplastic polyester. It is derived from renewable sources and is therefore classified as a bioplastic. PLA is typically manufactured from plant starch. This origin ultimately yields the two key monomers used in PLA synthesis—lactic acid and lactide. Each monomer can be used to produce PLA using a number of different processes.

Low-molecular-weight PLA was first produced in 1932. In 1952, DuPont further developed the process and created high-molecular-weight PLA. PLA is easy to print. It is biodegradable and therefore more environmentally friendly than ABS. Far less energy is also required to produce PLA. Figure 1 below shows a cup made from PLA: 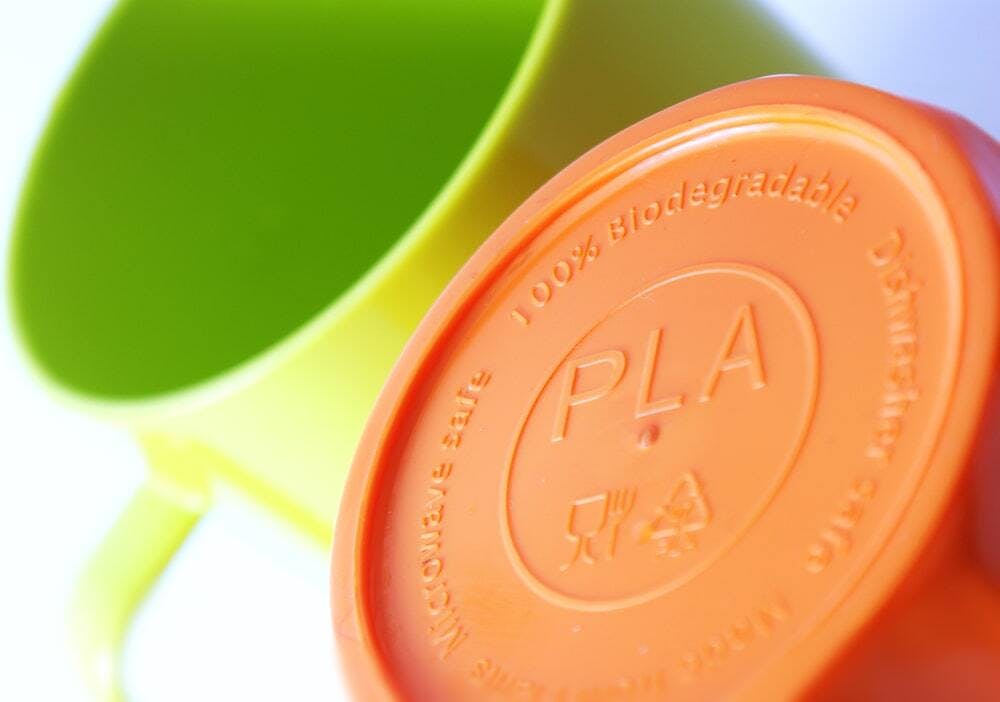 What Are the Advantages of PLA Compared to ABS?

Listed below are two key advantages of PLA vs. ABS:

What Are the Disadvantages of PLA Compared to ABS?

Listed below are two key disadvantages of PLA vs. ABS:

ABS Definition and Comparison to PLA

Acrylonitrile Butadiene Styrene (ABS) was first patented in 1948 and commercialized in 1954 by the Borg-Warner Corporation. It is an amorphous thermoplastic polymer where the molecular structure is disordered. ABS is commonly manufactured via the polymerization of styrene and acrylonitrile. ABS is a tougher plastic than PLA. It can be used for applications that require significant strength and impact resistance. For more information, see our guide on what is ABS.

Figure 2 below shows plastic wire made from ABS: 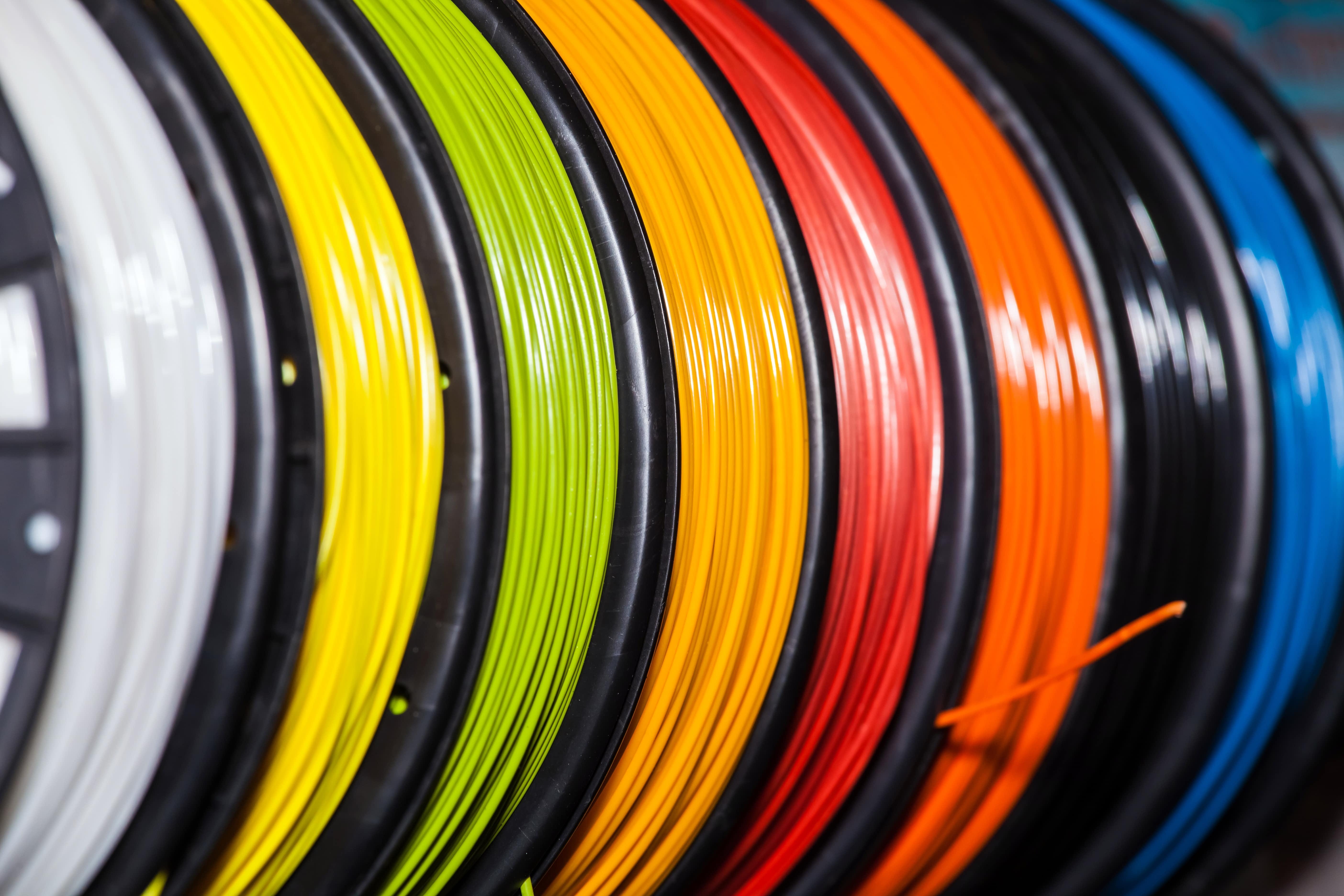 What Are the Advantages of ABS Compared to PLA?

Listed below are two key advantages of ABS vs. PLA:

What Are the Disadvantages of ABS Compared to PLA?

Listed below are three key disadvantages of ABS vs. PLA:

Comparison Table Between PLA and ABS

Table 1 below lists some of the more common properties of PLA compared with those of ABS:

PLA is more brittle than ABS but has higher tensile strength. ABS is better suited to applications that require impact resistance and overall toughness. PLA is better suited to parts that focus on form instead of function, for example, a visual prototype.

PLA is not widely used for typical consumer and industrial applications. It is mostly used for 3D printing in hobbyist applications or prototyping but has found some applications in the biomedical industry. ABS, on the other hand, is used as an engineering plastic across almost every industry. It is preferred for applications requiring toughness and impact resistance.

PLA is a very easy material to 3D print and it produces parts that are dimensionally stable. ABS, on the other hand, tends to warp easily during printing.

3D-printed PLA and ABS have the common FDM (Fused Deposition Modeling) surface finish with visible layer lines. However, ABS can be vapor smoothed with solvents like acetone while PLA must be hand sanded for optimal surface finish. The vapor smoothing process melts the surface, giving it a smooth and homogeneous finish.

PLA is generally recognized as safe and non-toxic after printing. During printing, PLA releases VOCs (Volatile Organic Compounds). As such, it is not recommended to print PLA in an unventilated area. However, these VOCs are low in concentration and ventilation is just an added precaution. ABS contains no known carcinogens and has no adverse health effects once printed. However, ABS also releases dangerous VOCs and nanoparticles (UPFs) during printing, far more than is the case with PLA. As such, it is advised to cover printers with a hood and to utilize a ventilation duct.

PLA and ABS are among the lowest-cost materials used in 3D printing. Both can be purchased for around $20 per 1 kg spool. ABS can be slightly more expensive than PLA, but the difference is usually insignificant.

What Are the Mutual Alternatives to PLA and ABS?

Despite the benefits of using PLA and ABS, an alternative material can achieve similar results:

What Are the Similarities Between PLA and ABS?

Listed below are two of the similarities between PLA and ABS:

What Are the Other Comparisons for PLA Besides ABS?

Listed below are the comparisons for PLA besides ABS:

What Are the Other Comparisons for ABS Besides PLA?

Listed below are the comparisons for ABS besides PLA:

This article contrasted PLA and ABS, both of which are commonly used 3D printing materials. To learn more about which plastic is better and how Xometry can assist material selection, contact a Xometry representative.