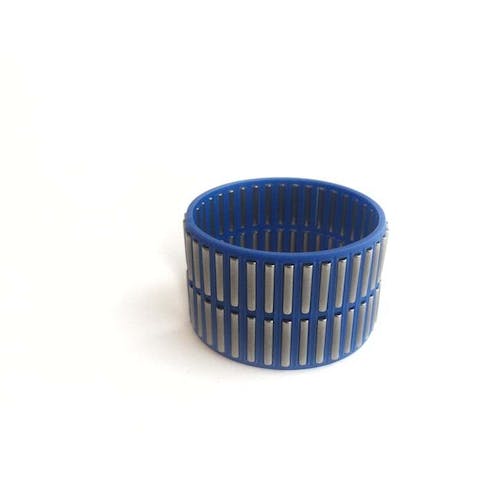 Learn more about this thermoplastic's properties, uses, advantages, and toxicity.

Polyetherketone (PEK) is a high-performance, semicrystalline thermoplastic with exceptional performance at higher temperatures. It has a continuous use temperature of up to 260°C and a melting point of 373°C. PEK has good fatigue and creep resistance across its entire usable temperature range. It also has excellent resistance to solvents, acids, and oils. PEK is non-toxic and poses no significant health risks. PEK is often used for gears, bearings, bushes, and other mechanical components.

The diphenylene ketone groups in PEK raise the stiffness of its polymer chains, leading to an increase in the glass transition temperature and melting point. Stronger molecular bonds produced by PEK's ether-to-ketone ratio of 1:1 underlie its superior thermal characteristics. The higher melting point increases PEK's service temperature, but it also means that processing temperatures must be correspondingly higher. This requirement makes it more technically challenging to process PEK with typical melt processing techniques. The properties of PEK can be further enhanced with the addition of fillers like glass and carbon fiber. These fillers can further improve temperature resistance, wear resistance, and impact strength.

What are the Properties of Polyetherketone (PEK)?

Polyetherketone is primarily used for its excellent mechanical properties at elevated temperatures. Below is a list of its key properties:

How is Polyetherketone (PEK) Made?

PAEKs such as PEK are manufactured using either a process called nucleophilic aromatic substitution (NAS) polymerization, or less commonly, electrophilic polymerization. The nucleophilic  process uses a substitution reaction of aryl dihalides with aromatic diphenolates in a dipolar aprotic solvent. PEK can be processed using typical thermoplastic manufacturing methods such as injection molding, 3D printing, and extrusion. However, due to its high melting point, special processing conditions are required to produce good results. For example, molds need to be designed to extract higher than normal amounts of heat before the part can be ejected. Designing the mold means more cooling channels, thermal pins, and oil are used as the thermal transfer medium.

What Are the Characteristics of Polyetherketone (PEK)?

PEK is one of the more temperature-resistant grades of the PAEK group of materials. It remains dimensionally stable and resists both fatigue and creep damage at remarkably high temperatures. PEK performs well in continuous service up to 260 degrees C, which is extremely high compared to other engineering thermoplastics. For example, although PEEK has many other desirable characteristics, it is only rated for 230 degrees C in continuous use. PEK is the best choice for more severe thermal environments. In addition to its good mechanical performance at elevated operating temperatures, PEK also maintains excellent chemical resistance under heat stress. PEK is able to perform well under cyclic loading conditions that would typically result in fatigue failures, especially at elevated temperatures.

What are the Uses of Polyetherketone (PEK)?

PEK's resistance to elevated temperatures makes it useful in applications that require good mechanical performance under challenging thermal conditions. The image below shows a typical application of PEK for gears: 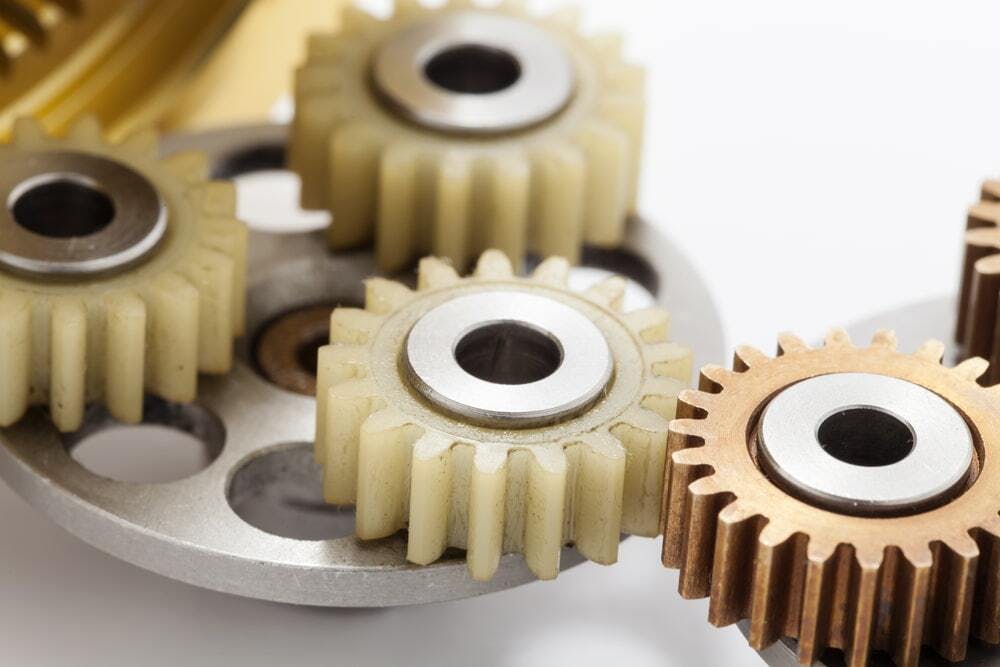 PEK is especially useful in applications that experience cyclic loading, which can lead to fatigue failure in some materials. Some typical applications are listed below:

What are the Advantages of Polyetherketone (PEK)?

Polyetherketone is an engineering plastic that has a long list of beneficial properties, some of which are listed below:

What are the Disadvantages of Polyetherketone (PEK)?

PEK is an incredibly versatile material but it has poor UV (Ultraviolet) light resistance. Its high melting point makes it difficult to process. PEK’s disadvantages are described below:

PEK is nontoxic due to its low reactivity and general chemical stability. Fumes released during melt processing present no risk if there is adequate ventilation in the processing facility.

What is the Difference Between Polyetherketone and Polyethylene?

To learn more about how you could incorporate PEK into your high-temperature product applications to improve their performance, contact a Xometry representative or make use of Xometry's powerful quoting tool.

This article provided a summary of the properties, uses, advantages, and toxicity of Polyetherketone (PEK). To learn more about how you could incorporate PEK into your high-temperature product applications to improve their performance, contact a Xometry representative or make use of Xometry's powerful instant quoting engine.