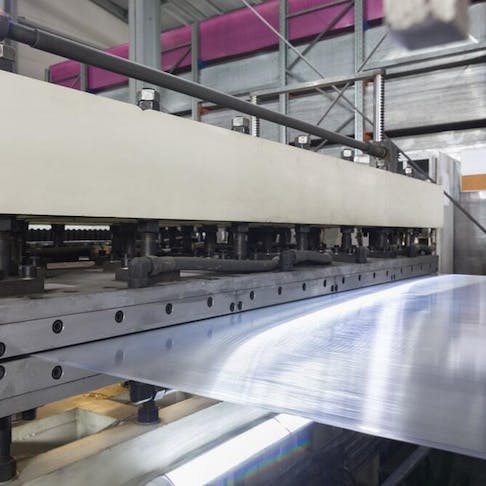 All About Polycarbonate (PC)

Learn about this material and its different types, uses, advantages, limitations, and toxicity.

What is Polycarbonate (PC)?

Polycarbonate (PC) refers to a group of thermoplastic polymers encompassing carbonate groups in their chemical structures. Polycarbonates used in engineering are strong and tough. Some grades are optically transparent and used for polycarbonate lenses. They are easily worked, molded, and thermoformed. Because of these chemical properties, polycarbonates have many applications. Products made from polycarbonate can contain the precursor monomer bisphenol A (BPA). It is often created in sheets, as seen below. 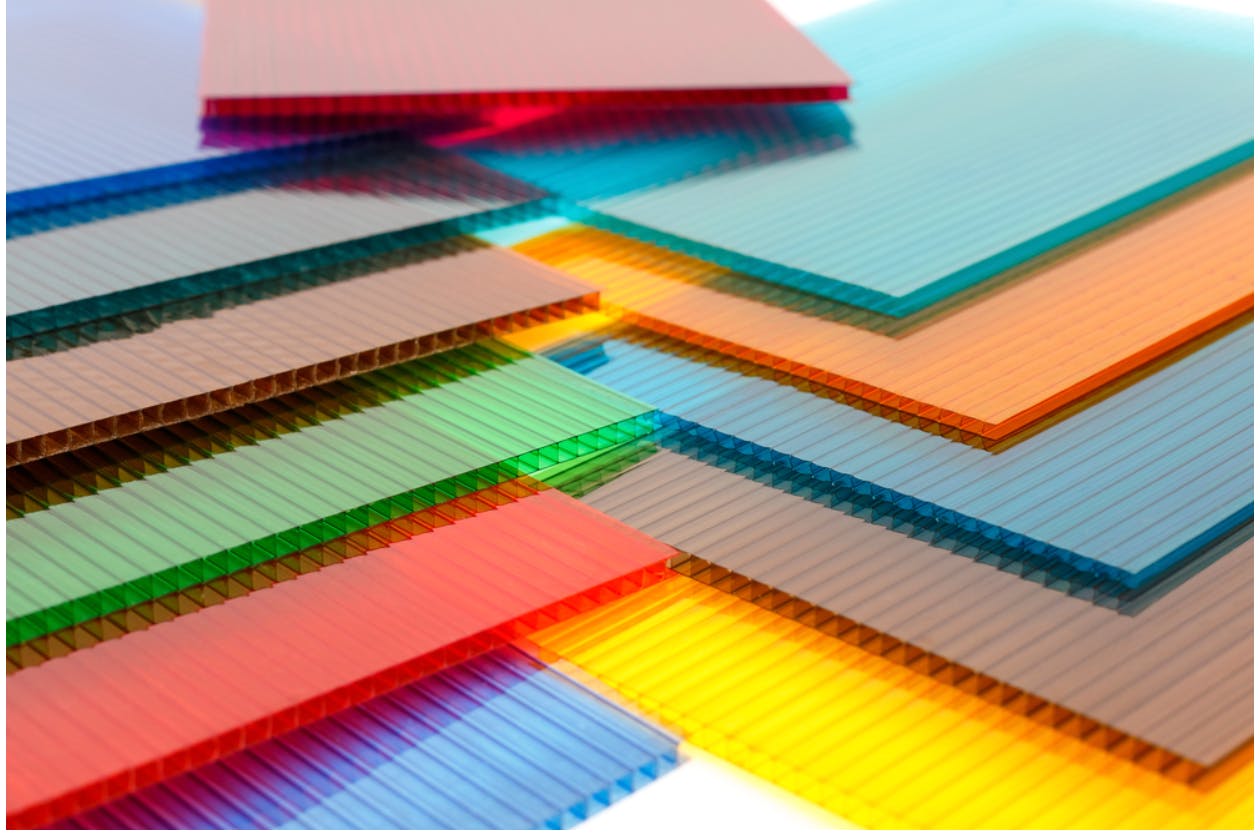 Polycarbonate is a thermoplastic found nearly everywhere. It is used in eyeglasses, medical devices, protective gear, auto parts, DVDs, lighting fixtures, and Blu-Rays. As a naturally transparent amorphous thermoplastic, polycarbonate is useful because it can transmit light internally almost as effectively as glass and can withstand more significant impacts than many commonly used other plastics.

Furthermore, polycarbonate's flexibility allows it to be created at room temperature without cracking or breaking, and it can be reformed even without applying heat, making it amorphous. Finally, the "thermoplastic" part refers to the nature of polycarbonate and other similar plastics to become liquid at their melting point, which allows, among other things, easy injection molding and recycling.

Polycarbonates are manufactured by polymerizing bisphenol A (C15H16O2) and phosgene (COCl2). Polycarbonate melts at 260-320 °C and functions well within a fairly wide temperature range. It has almost twice the impact strength of its nearest neighbors, ABS and PVC. As with many polymers, its coefficient of expansion is higher than metals such as steel and aluminum, which needs to be considered when used in assemblies.

Polycarbonate sheet stock may be solvent welded or adhesive bonded and can also be joined by mechanical fasteners such as rivets. The material has a tensile strength of 8500 psi. The shrink rate runs between 0.006 and 0.009 in/in.

Some of the key properties of polycarbonate are that it is ductile at room temperature and can be machined with traditional drilling, sawing, and milling tools. It can be readily bent at room temperature with localized heating sometimes applied along the bend line to minimize stress fracturing. Thermoforming is an inexpensive and popular way to shape polycarbonate sheets, especially for mid to large parts in limited production volumes. In pellet form, the material is easily injection molded or extruded.

Polycarbonate plastic is amorphous, meaning that it lacks the ordered structure of crystalline solids. This influences how the material softens—gradually and over a wide temperature range, rather than suddenly, as in the case of crystalline polymers.

As with other thermoplastics, polycarbonate is hygroscopic, and any trapped moisture should be removed before forming. Usually, soaking the plastic in a 120 degrees C oven for two to four hours is adequate to bring the material within a recommended moisture range of 0.02%.

Polycarbonate is considered to be compatible with many mineral acids, alcohol, mild soaps, petroleum oils (but not some oil additives), silicone oils & greases, and low concentrations of alkalis. However, most aromatic and halogenated solvents like toluene, benzene, gasoline, and acetone, will cause, at a minimum, surface whitening and, likely, crystallization of the material. Therefore, contact between polycarbonate and these solvents should be avoided. The same is true for solvents such as methyl ethyl ketone and hydrochloric acid, whose use can lead to stress cracking.

Manufacturers offer special coatings that can better resist cleaning agents for architectural panels and signs. In general, the chemical resistance of polycarbonate depends largely on the duration of the exposure, the temperature of the material, the chemical variety, its concentration, and the level of stress upon the material. Polycarbonate is often combined with polyester to improve chemical resistance and heat resistance. In addition, it is blended with ABS for improved ductility.

How is Polycarbonate Material Made?

The primary polycarbonate material is produced by the reaction of bisphenol A (BPA) and phosgene COCl. The first step of the synthesis involves the treatment of bisphenol A with sodium hydroxide, which deprotonates the hydroxyl groups of the bisphenol-A.

The diphenoxide reacts with phosgene to give a chloroformate, which then is attacked by another phenoxide. In this way, about one billion kilograms of polycarbonate is produced annually. Many other diols have been tested using bisphenol A, such as bis (4-hydroxyphenyl) cyclohexane and dihydroxybenzophenone. The cyclohexane acts as a comonomer to suppress the crystallization tendency of the BPA-derived product. In addition, Tetrabromobisphenol A is used to enhance the fire resistance of polycarbonate.

What Are the Types of Polycarbonate Plastic?

Although polycarbonate sheeting was first and concurrently developed in the mid-20th century by GE and Bayer, the current plastic materials marketplace features a variety of developers who each possess a unique polycarbonate formula and production process. Here are a few details on some modern variations and their common uses.

The flexibility of polycarbonate allows for products to be created in various sizes, shapes, colors, and transparencies. All of them provide superior strength, functionality, and cost-effectiveness.

For more information, see our guide on the types of polycarbonate.

What Are the Uses of Polycarbonate Plastics?

Common uses for Polycarbonate plastics include:

Due to its strength and durability, Polycarbonate has obvious applications for the transmission of light where the risk of impact is great.

Additives are often used to improve its resistance to UV light (although it is a good UV blocker), which can cause discoloration, as in the fogging that occurs with some auto headlamps. As noted, scratch resistance is weak, so coatings must be used in some applications to harden the surfaces, as with eyewear.

Polycarbonate is stable at higher temperatures, making it useful for medical devices that must be steam-sterilized. It may also be sterilized with ethylene oxide and radiation through a limited number of cycles.

Polycarbonate and polycarbonate resin are used in many consumer products to give the look and feel of glass without its fragility and weight, such as blenders and food processors, drinkware, nursing bottles, water filter housings, water bottles, etc. The bottled-water industry long ago switched to polycarbonate for its larger bottles. However, there has been some concern that BPA (bisphenol A) used in making polycarbonate could leach into foods, leading to the development of BPA-free polycarbonates.

Polycarbonate sheets are sometimes used in place of sheet metal in prototypes to allow interior views. In filament form, it is used for 3D printing. In addition, it serves as helpful material for guarding automated machinery, offering easy shaping, high clarity, and impact resistance. It can also be used for bus stop shelters, as seen below. 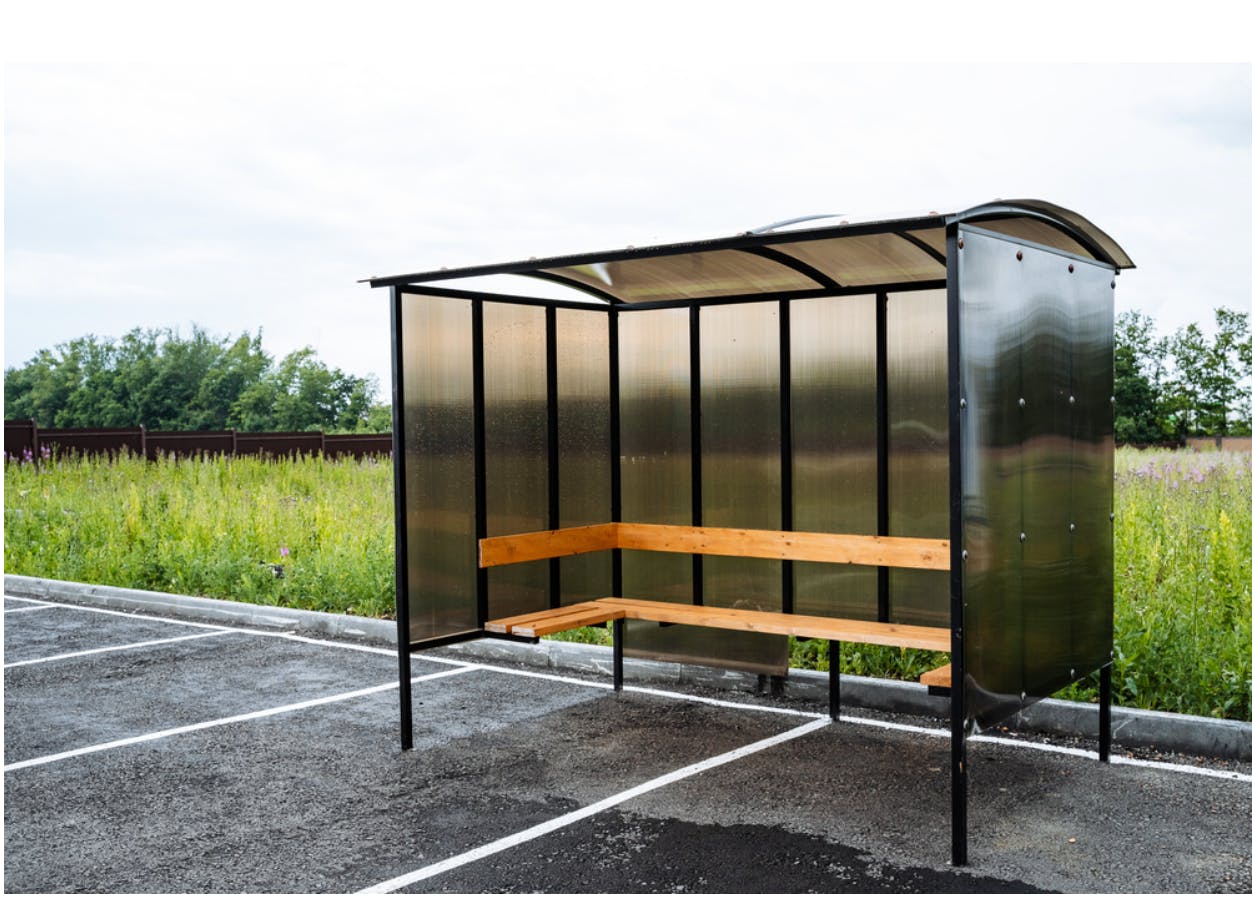 Polycarbonate plastic is used in many electrical and electronic devices, including housings, connectors, battery boxes, optical media, smartphones, etc. This is because the material has good electrical resistance. It is an excellent electrical insulator with heat resistance and flame retardant materials properties, and it is used in various electrical and telecommunications hardware products. It can also act as a dielectric in high-stability capacitors.

A significant use for polycarbonate plastics is in the production of compact discs, DVDs, and Blu-ray discs. These discs are manufactured by injection-molding polycarbonate into a mold cavity with a metal stamper on one side containing a negative image of the disc data. In contrast, the other mold side is a mirrored surface. In addition, typical products of sheet and film production include applications in advertisement (signs, displays, poster protection).

While ordinarily clear, the PC material is available in various translucent and opaque forms. In addition, stock shapes (sheet, rods, bars) are usually available in clear, black, and white.

What Are the Advantages of Using Polycarbonate Sheets?

There are many advantages to using polycarbonate.

What Are the Disadvantages of Using Polycarbonate?

Polycarbonate also has a few disadvantages.

How Does Polycarbonate Affect Human Health?

As plastic and plastic products are being used daily at the cost of environmental pollution, human and wildlife health has become a global concern. Using polycarbonate containers for food storage is controversial. The basis of this controversy is polycarbonate’s hydrolysis, meaning the degradation by water, often referred to as leaching, which can occur at high temperatures with polycarbonate, and which releases bisphenol A, or BPA.

Sodium hypochlorite bleach and other alkali cleaners catalyze the release of the BPA from polycarbonate containers. Polycarbonate is also incompatible with ammonia and acetone. Alcohol is recommended as an organic solvent for cleaning grease and oils from polycarbonate.

Most polycarbonate plastics used today are not toxic.

What Are the Differences Between Polycarbonate and Acrylic?

Polycarbonate offers much more resilience than acrylic and is ideal for very demanding applications like bullet-resistant windows. In contrast, acrylic has a high gloss finish and is more transparent, making it suitable for display cases. Acrylic is also easier to fracture, while polycarbonate is easier to scratch.

Acrylic is also less expensive than polycarbonate, and unlike polycarbonate, acrylics can be heated and molded to shape, then heated again while retaining their quality appearance.

One difference between polycarbonate and acrylic is that both of these materials are half the weight of comparably sized glass by volume. One gains in strength with either product for what one loses in weight. Both plastics are used as synthetic glass, and each offers tremendous flexibility.

For more information on Acrylic, see our guide: Everything You Need To Know About Acrylic (PMMA)

This article discussed Polycarbonate (PC), how it is made, its uses, advantages, disadvantages, and toxicity. Xometry offers polycarbonate in various forms including sheet/plate and rod. Contract us for a quote on your polycarbonate material needs.