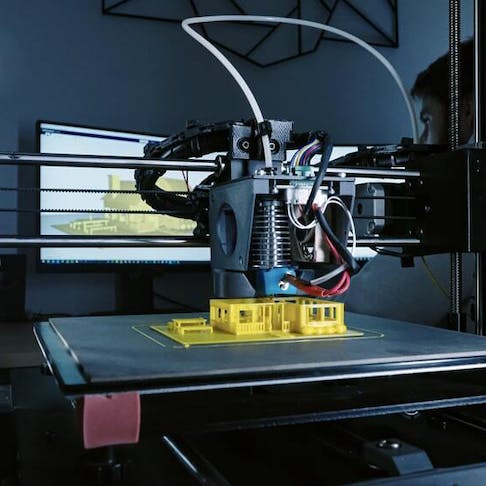 Learn more about the best cheap 3D printers and their features.

3D printing machines used to require deep pockets and big shops. That’s no longer the case. With far more demand and more potential uses, the range of 3D printers has exploded to include many low-budget options. Currently, the best budget 3D printers for starters are: Comgrow Creality Ender 3 Pro, Anycubic Photon Mono X, and Monoprice Voxel Wi-Fi. These have proven to be reliable and considerably more affordable than others. This article will discuss them and a few others among the best cheap 3D printers for 2022. It will also give you some background info about the costs and reasons why the printers on this list are the most practical.

The Comgrow Ender 3 Pro is a fused deposition modeling (FDM) 3D printer. It is based on the older Ender 3 model but comes with extra functions. It can be bought for as low as $200-250 which makes it one of the cheapest printers out there. The Ender 3 Pro 3D printer features include:

Not only is it affordable, but the Ender 3 Pro 3D printer can produce high-quality prints, has a compact design with a decent build volume, and has a tighter filament pathway that makes working with flexible filaments easier. It does have drawbacks, however, especially when working with ABS. The material tends to warp due to uneven temperature distribution. Plus, ABS usually needs extra adhesive to stick to the print bed, and the Ender 3 Pro’s bed itself can’t even be locked into place on its own. This is not a dealbreaker for everyone but should be considered if you plan to use ABS.

The Comgrow Creality Ender 3 was the first FDM 3D printer in the Ender 3 series, preceding the Creality Ender 3 Pro. It measures 440 x 440 x 465 mm and weighs 8 kg, but is cheaper than most printers of similar dimensions. At a price of $150-200, it is one of the most budget-friendly printers.

The Ender 3 3D printer can be used with TPU, ABS, and PETG filaments. It is also built with SD and USB ports for connectivity. The Ender 3 resume printing capacity allows continuous printing even if there’s a power outage. To top it off, this machine has a good quality extruder, a BuildTak-like heated build plate, and a print volume of 220 x 220 x 250 mm.

Aside from being affordable and easy to assemble, the Ender 3 3D printer employs a patented printing nozzle that prevents blockages and reduces cases of poor extrusion. It also prints relatively quietly, the software is open source, and its components are simple to upgrade. Nonetheless, it comes with the disadvantage that its bed requires a manual lock and is difficult to level.

The Anycubic Photon Mono X 3D model LCD printer is another of the best cheap 3D printers that cost between $400 and $450. This device is well designed for quick and efficient prints. It builds parts by curing liquid resin, using an 8.9-inch LCD mask to project each layer’s image. The Photon Mono X can print parts up to 192 x 120 x 245 mm in volume at a max resolution of 0.01 mm on the Z axis and 0.05 on the X and Y axes. The LCD projection system helps it print as much as 60 mm of model height per hour no matter how complex each layer is.

This 3D printer works well for printing miniatures and artwork and it comes with a user-friendly interface. However, finished prints are difficult to remove from the print bed and the machine possesses no power backup to account for outages.

The Monoprice Voxel 3D printer competes well with the best 3D printers below $500. It is a fused filament fabrication (FFF) machine sold for between $350 and $400. Its features include: a heated printing bed for better ABS adhesion, adjustable bed plates, a filament sensor to determine when the material is running out, an inbuilt webcam, and the Polar Cloud software. Polar Cloud allows remote access so you can control the machine from anywhere.

The Monoprice Voxel printer is known for its ease of use and the reasonably high-quality 3D images it produces. Its disadvantages, on the other hand, are WiFi connection issues, lackluster software, and frequent misprints.

Another of the best cheap 3D printers is the Comgrow Creality Ender 3 V2 FDM printer, a direct successor to the Ender 3 Pro. Its print size is the same as older versions of the Ender 3 (220 x 220 x 250 mm) and it costs around $250-300. This 3D printer has an overall size of 475 x 470 x 620 mm. It is designed for 1.75 mm filament and reportedly achieves layer resolutions of 0.1-0.4 mm. This 3D printer can accept PLA, ABS, PETG, and TPU filaments. The Ender 3 V2 is also lauded for being relatively quiet and running a user-friendly interface. Plus, it has both an X- and Y-axis belt tensioner and a resume print function to guard against power outages. Some of its disadvantages, however, are its poor filament loading, a print bed that must be manually leveled, and an advanced setup process that may not suit beginners.

What is a 3D Printer?

A 3D printer is a machine that produces a physical version of a digital 3D model by building it up bit by bit. This is normally done by stacking many two-dimensional “slices” of the computer model atop one another until they form the full 3D object. Because 3D printing starts with nothing and adds material to create the part (rather than subtracting from a larger piece of raw material), it is known as additive manufacturing. Each object to be printed must first be built digitally in a CAD program, run through slicing software, and sent to the printer’s computer.

What to Look for in a Low-Cost 3D Printer?

The following items should be considered when looking for a low-cost 3D printer:

Why Purchase a Low-Cost 3D Printer?

Listed below are some reasons to opt for a low-cost 3D printer:

Where to Buy Cheap 3D Printers?

Cheap 3D printers can be purchased from reliable e-commerce websites such as: Amazon, BestBuy, and Alibaba.

How Much Should I Spend on a 3D Printer?

3D printers run the gamut from a few hundred dollars to a few hundred thousand. Those with price tags of between $250 and $500 are considered cheap 3D printers. What you decide to spend on a printer depends heavily on your budget, your needs, and the parts you intend to produce.

Is It Less Expensive to Buy or Build a 3D Printer?

Purely in terms of materials, it is cheaper to create your own 3D printer. And if you intend to print as a hobby, the construction and testing of a homebuilt printer can be a hobby project in and of itself. However, the process is time-consuming and non-trivial. If instead, you intend to print as a business venture, premade printers or kits will be cheaper once work hours are factored in.

What Are the Differences Between Low-Cost and High-Cost 3D Printers?

Many differences between low-cost and high-cost 3D printers are easy to predict. Expensive printers generally print higher-resolution, higher quality, and more functional parts. However, the machines are often larger and more expensive not only to buy but to maintain and operate. Additionally, some print materials are far more pricey than the simple offerings like ABS and PETG that even the best cheap 3D printers are limited to.

This article presented the best cheap 3D printers, explained what they are, and discussed the features of each printer. To learn more about 3D printers, contact a Xometry representative.